Trump is reportedly about to announce he’s running again in 2020, but that’s not all 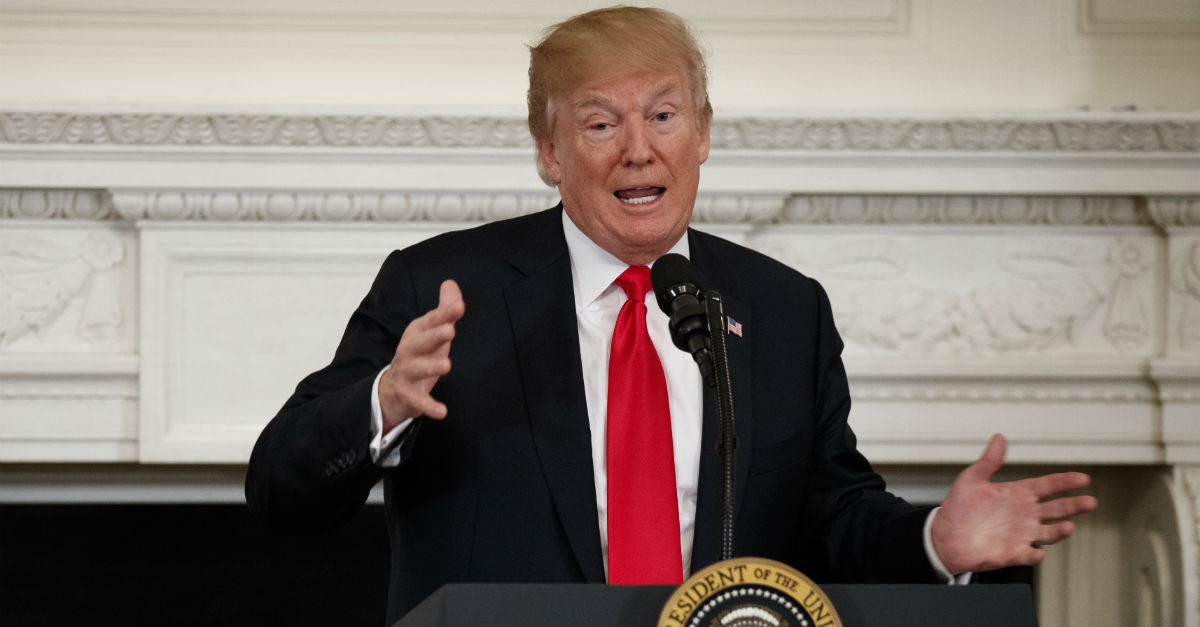 President Donald Trump is preparing to announce his intention to run for re-election in 2020 and even tap a campaign manager, according to Drudge Report.

On Tuesday morning, the website — which is run by Trump-whisperer Matt Drudge — said, “Trump will stun the political world by announcing he is running re-election 2020. Digital guru Brad Parscale will be named campaign manger.”

Parscale has been in the Trump circle since 2011, when the president’s organization asked him to design a website for a Trump real estate project, according to CNBC. In 2015, he put together the Trump campaign website and eventually became the campaign’s digital director, overseeing their social media strategy. His company pulled in $94 million over the course of the election season, and he later said, “I think we used [social media] better than anyone ever had in history.”

DRUDGE: **WORLD EXCLUSIVE** TUE FEB 27 2018 10:05 AM ET** Just one year into his presidency, Trump will stun the political world by announcing he is running for re-election in 2020. Digital guru Brad Parscale will be named campaign manager, DRUDGE REPORT has learned…

Trump has always seemed likely to run for re-election, but the move to name a campaign manager would cement his intention and shatter the political norms. Presidents don’t usually start seriously gearing up for re-election until the second half of their terms. President Obama’s reelection campaign and fundraising committee didn’t raise any money during his first year, while Trump’s team brought in $52 million during his rookie year, per The Washington Post.

The Republican National Committee has been renting out an office in Trump Tower in Manhattan, paying $37,000 a month, ABC reports. That office is allegedly being used as a headquarters for Trump’s reelection campaign. Trump filed his reelection paperwork with the Federal Election Commission on the day of his inauguration. However, his team said that the filing did not “constitute a formal announcement” and was more of a technicality so that he could legally collect donations.

In a “60 Minutes” interview, Parscale explained some of his tactics during the 2016 campaign.

Trump’s reelection efforts have previously been led by his daughter-in-law, Lara Trump, who called the president’s $52 million war chest “an unprecedented feat for a sitting president in his first year in office.”

But Parscale might have his hands full if he’s named Trump’s top man in a reelection campaign. During the 2016 election, three different people led Trump’s team: both Corey Lewandowski and Paul Manafort were fired before Kellyanne Conway finally held on to the job and succeeded getting Trump into the Oval Office.

Jared Kushner, Trump’s son-in-law and presidential adviser, reportedly commented on Parscale’s new role, saying his “leadership and expertise” will contribute to a “best-in-class campaign,” according to reporter Charlie Spiering.