President Donald Trump has a lot going on right now. The “Rocket Man” back-and-forth with North Korea and the health care battle aside, slamming professional athletes who protest during the national anthem is next on the agenda.

RELATED: CNN guy loses his mind over Donald Trump’s “son of a b*tch” remark and makes one bold claim

The president on Sunday tripled down on statements that he first made Friday in Alabama, where he spoke on behalf of Sen. Luther Strange (R-Ala.).

During that speech, Trump sent the sports and social media world into a frenzy with his “get that son of a bitch off the field” comment.

Trump doubled down on the topic Saturday afternoon and said today that the only way the NFL will change what’s happening during the national anthem is if fans hit them where it hurts: the wallet.

Not only did Trump say the NFL games are “boring” and, of course, that “ratings are WAY DOWN,” he also actively encouraged a boycott.

Trump said “you will see change take place fast” once fans start putting their money where their mouths are.

Previously Trump said that if “a player wants the privilege of making millions of dollars in the NFL, or other leagues,he or she should not be allowed to disrespect our Great American Flag (or Country) and should stand for the National Anthem.”

RELATED: Trump retweets GIF of him hitting Hillary Clinton with a golf ball

“If not, YOU’RE FIRED. Find something else to do!” he said.

But several NFL owners, even Trump’s friend and New England Patriots owner Robert Kraft, have gone public with statements of their own, condemning the president’s stance.

In case it needed to be said, the controversy began last season with Colin Kaepernick and appears here to stay. 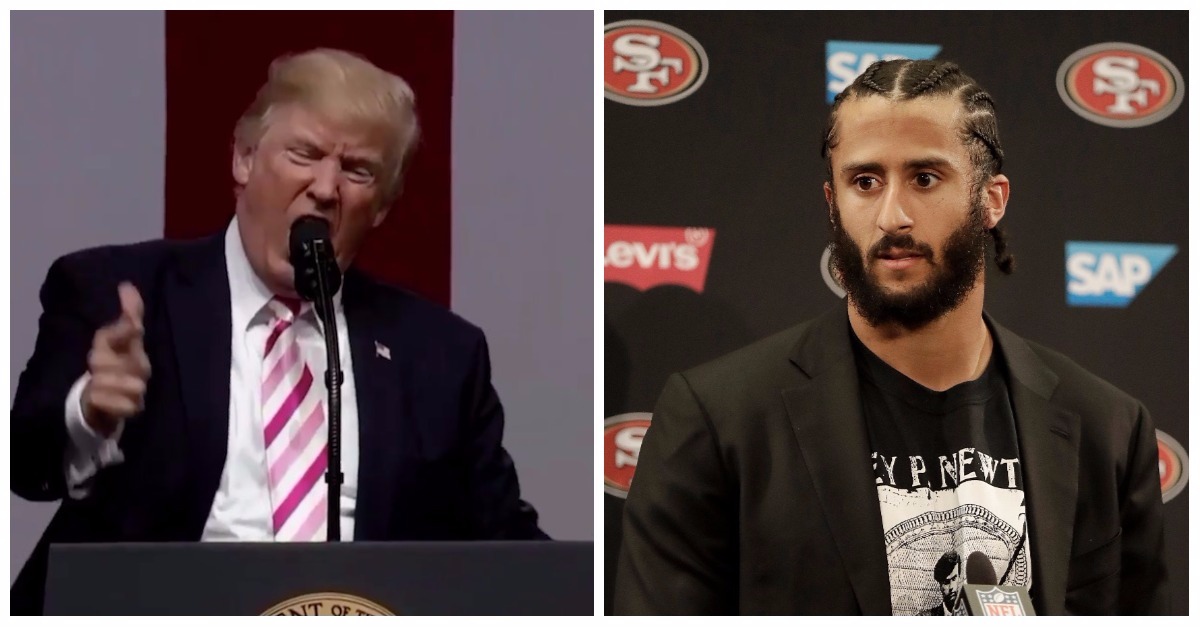