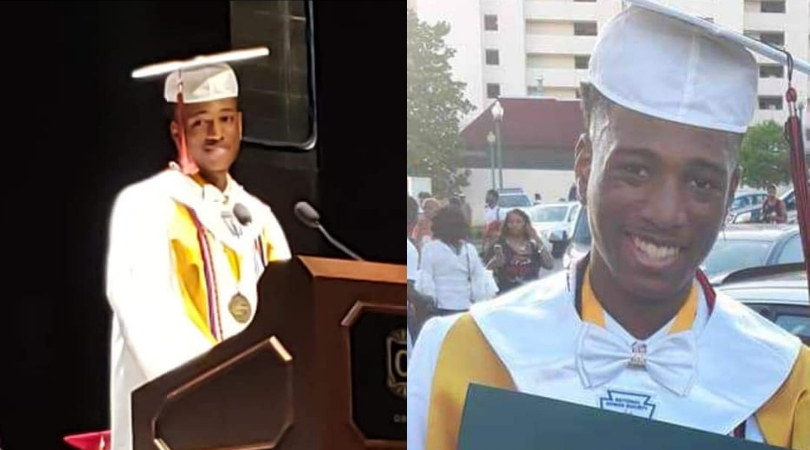 Massive congratulations are in order for 17-year-old Tupac Mosley, a Memphis high school senior who maintained a 4.3 GPA throughout his 4 years, and scored a 31 on his ACT! Mosley was named valedictorian but unfortunately has been dealing with more than any teenager should. With the death of his father and lack of a permanent home, Mosley has struggled to balance personal life and school.

Still, not giving up on his education, his accomplishments earned him dozens of college scholarships worth more than $3 million! Yes, it just goes to show you that those who fight hard for what they want and believe in themselves, can really achieve anything. Mosley had initially set a personal goal of reaching $1 million in scholarships. When offers start coming in, he quickly noticed it would be more than a million, but was shocked when he learned it was actually $3 million on his graduation day.

According to Raleigh Egypt High School Principal Shari Meeks, hardship was never an excuse for the homeless teen, and he always had a smile on his face despite his situation. After the passing of his father, Mosley and his siblings fell behind on bills and got evicted from their home in February of this year. He went to different homes and eventually ended up staying at ‘For the Kingdom.’ For the Kingdom is a camping and retreat center, and a nonprofit organization that helps children and teens in Memphis by providing a place to sleep.

During his graduation speech, The 17-year-old thanked his family and friends for being his main support system . Mosleys’ hard work and dedication runs in the family, as he isn’t the only member of his family to reach academic highs. His older brother was also valedictorian during his time in high school.

In September, Mosley will attend Tennessee State University where he is planning on majoring in electrical engineering. Mosley called this new chapter of his life exciting, saying, “As I’ve been worrying about finances and money for most of my life, to know that I can be doing something that I’m enjoying for the next four years and really … starting my career off is … refreshing and motivating. I can do this with confidence, not having to worry about anything else.”