Actor Jesse Williams, famous for his work on “Grey’s Anatomy,” went on MSNBC and gave viewers one of the most controversial takes yet on the national anthem, calling it a “scam” to fool Americans into flying overseas and killing people.

We all know that President Donald Trump sparked a firestorm on Friday when he said at a rally in Alabama that if NFL team owners field a player who protests during the national anthem, they should “get that son of a bitch off the field.” And we know how that ended up being received across sports by Sunday, excepting hockey and NASCAR.

While Trump’s comments have drawn responses from a huge variety of sources, Williams’ take goes beyond the norm by suggesting that the national anthem isn’t worth respecting. He said that needing “to stand and pledge for the allegiance and this anthem thing is a scam. This is not a part of football.”

“This was invented in 2009 from the government [by] paying the NFL to market military recruitment — to get more people to fight wars to die. This is not — nothing to do with the NFL or the American pastime or tradition,” he continued. “This is to get boys and girls to go fly overseas and go kill people […] They’re marketing and pumping millions of dollars into the NFL to get us to put on a pageant in front of the NFL football games to get you to go off and fight.”

Williams also said Trump is “a horrible guy who thinks he’s a dictator” and “treats America like it’s a game show.” 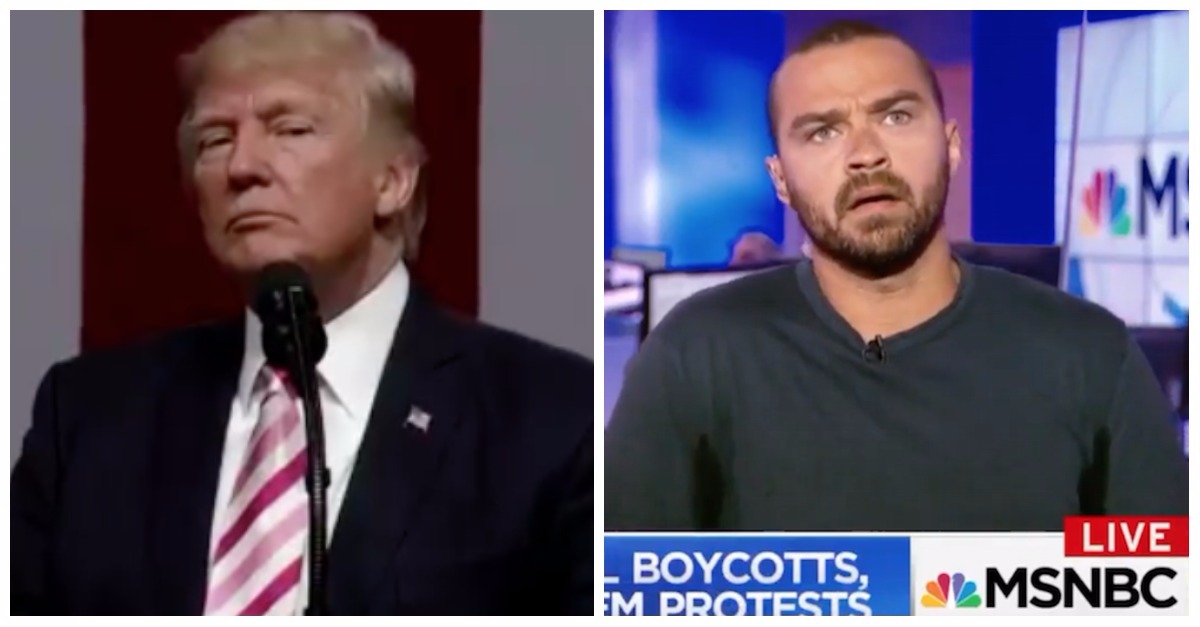