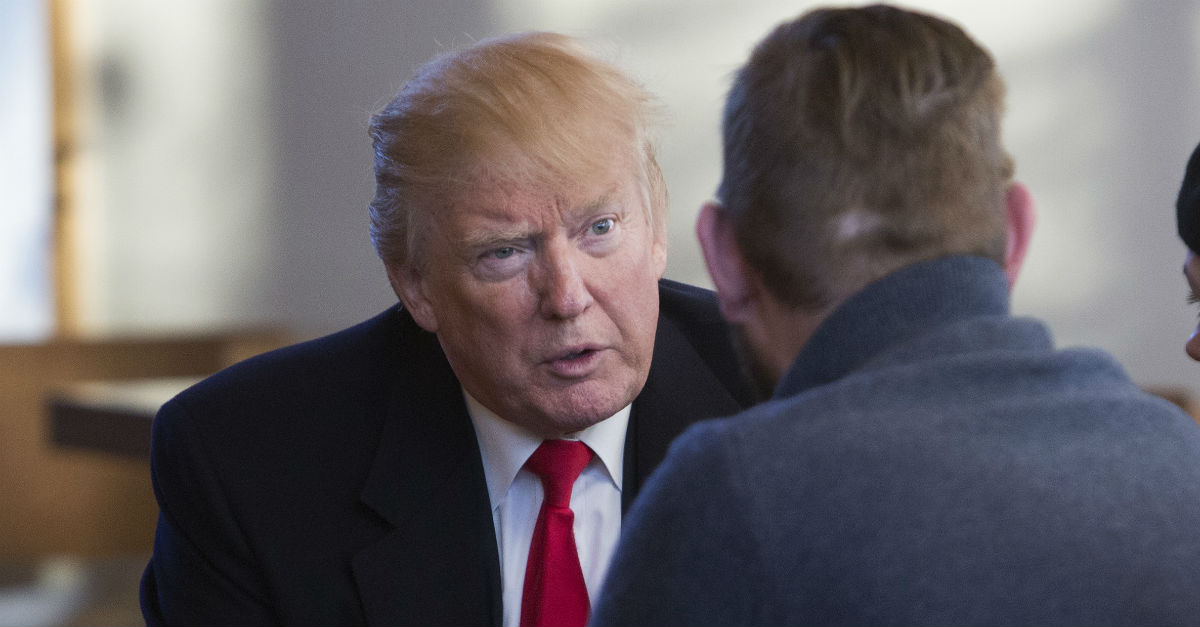 In the realm of fake news, it’s rare to encounter actual art, but that’s just what happened this week when a snarky Twitter user spread a fake passage about a so-called “gorilla channel” that he claimed was from “Fire and Fury: Inside the Trump White House” by Michael Wolff — the newest tell-all about the Trump administration.

The prankster, who uses the handle “Pixelated Boat,” sent off a passage claiming that Trump was upset that his White House bedroom didn’t have “the gorilla channel,” described as “a TV channel … that screened nothing but gorilla-based content, 24 hours a day.” According to the faux reporting, the White House staff managed to stream a channel constructed from documentary clips of gorillas punching each other (Trump was not happy with earlier videos in which gorillas weren’t hitting each other).

The mysterious Twitter user took the joke a step further, quoting an insider as saying “On some days he’ll watch the gorilla channel for 17 hours straight. He knees in front of the TV, with his face about four inches from the screen, and says encouraging things to the gorillas, like ‘the way you hit that other gorilla was good’. I think he thinks the gorillas can hear him.”

Wow, this extract from Wolff’s book is a shocking insight into Trump’s mind: pic.twitter.com/1ZecclggSa

— the gorilla channel thing is a joke (@pixelatedboat) January 5, 2018

But not all of the internet realized that Pixelated Boat was playing a joke; though he’s been known to play this exact same prank before, rewording Trump’s tweets and Taylor Swift lyrics. The ruse even went so far that he changed his Twitter handle to “the gorilla channel thing is a joke.” Even high-browed Politico wrote about it.

Reportedly among the Twitter users fooled by the prank was Gavin McInnes, co-founder of Vice and far-right personality. According to screenshots from his Twitter, McInnes used the passage to discredit “Fire and Fury” author Michael Wolff, writing “in case you had any doubts Michael Wolff was full of shit, he says Trump watches gorilla fights 17 hours a day.” McInnes has since deleted that tweet.

Twitter personality Eric Garland, who boasts over 172,000 followers, also fell for the caper, later writing “I got totally punked on the Gorilla Channel thing.”

Dammit guys, I got totally punked on the Gorilla Channel thing – but when you've already gotten to "eating KFC in bed," I mean, we're through the looking glass.

Thanks to all who called me out. We keep it clean and Deza-free at Game Theory HQ. 😀

While it might seem tough to imagine anybody falling for such a silly prank, some of the passages in Michael Wolff’s book are nearly as outlandish. Though they’re much more serious, Variety outlined their “top 10.” At one point in the book, Wolff claims that Trump didn’t know who former House Speaker John Boehner was. Later he writes that at a Mar-a-Lago event, Trump “failed to recognize a succession of old friends.” One juicy tidbit even claims that Trump makes a game of bedding his friends’ wives.

But, just to be clear, there is no “gorilla channel.”