Franklin totally went off book and performed a rather lengthy performance of the National Anthem that made for some pretty hilarious responses from Twitter.

Yes, Franklin has the voice of an angel, but this long performance exhausted viewers and fans.

I timed how long it took Aretha Franklin to sing the national anthem…. pic.twitter.com/4gF3yrFuxg

waiting for Aretha franklin's national anthem to end like pic.twitter.com/v18rEpfHL1

Aretha will be done when Aretha is done.

10 minutes into the national anthem and #ArethaFranklin is still on the twilight's last gleaming pic.twitter.com/ZjlNoMu9Ng

Aretha: They say I took too long
Aretha to Aretha: Girl that was a guinness book of world record 4 mins 55 secs #arethafranklin #DETvsMIN pic.twitter.com/IA1wolpl2x

Whether you loved her performance or hated it, one thing is for sure, these reactions are pretty great. 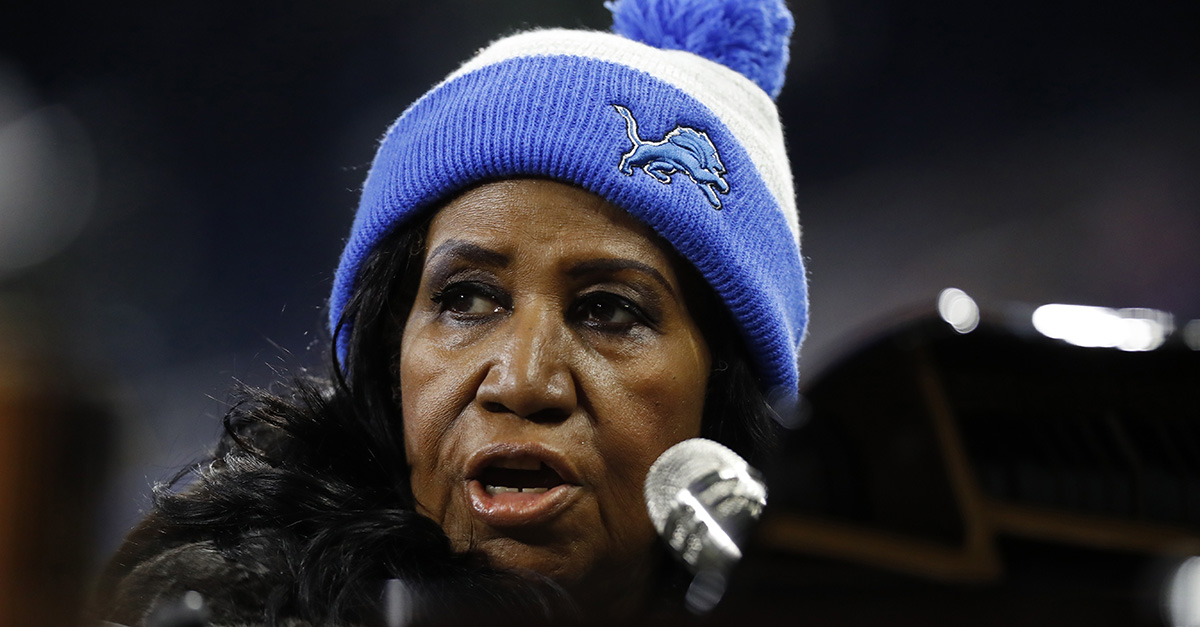