This is what can happen when someone releases their pet snake 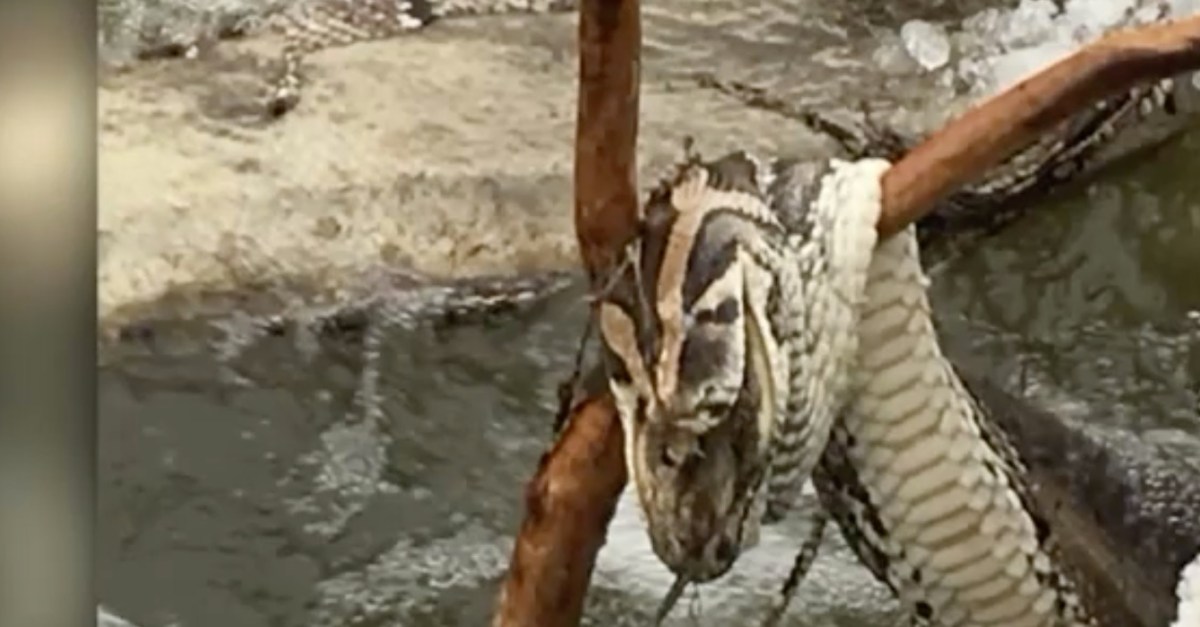 Two Cleveland fisherman had the catch of their lives when they were fishing in the Chagrin River. Fox 8 in Cleveland reported that the 16-foot boa constrictor was frozen when they found it and one of the fishermen uploaded a picture of the massive creature to his Instagram account.

RELATED: Crews reeled in a 3,000-pound monster of shark off the coast of South Carolina

According to Sam Lincoln, he first saw the snake wrapped around a log. After a few minutes of work they were able to pull it onto the shore where they paused for photographs. A local biologist told Fox that this is not the first time he’s seen one of the animals in Cleveland; however, this is the largest one he’s encountered. Boas are warm-weather creatures and this one almost certainly was kept as a pet before being let loose in the wild. There’s a very good chance that it was his first winter in Ohio and, unfortunately, also his last.

RELATED: There’s a snake on this plane, and it’s very much alive