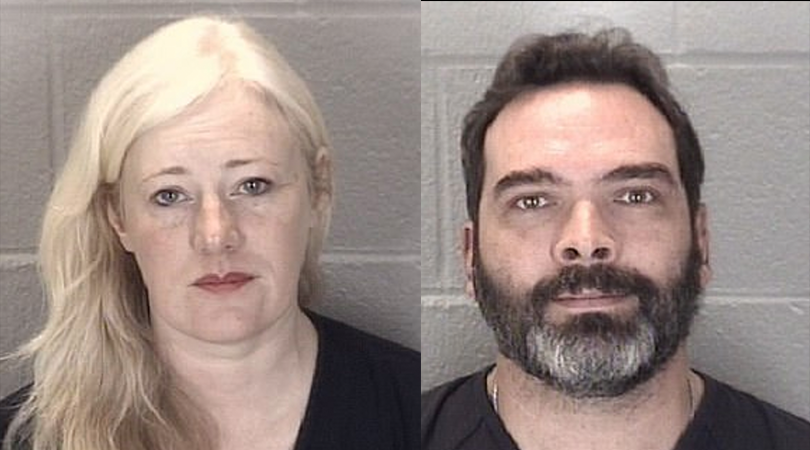 Two Indiana parents lived through the plot of an actual horror movie and survived to tell one of the most out of control stories imaginable. They adopted a child they thought was a 6-year-old Ukrainian girl with dwarfism but turned out to be a psychotic adult with dwarfism who was posing as a child and who ultimately attempted to kill them on multiple occasions.

It was an ordeal in which even the minor details are bananas and the major ones are jaw-dropping.

When Kristine Barnett and her ex-husband, Michael Barnett completed their emergency adoption of Natalia Grace in Florida and brought her back to Indiana with them they were ready to begin their lives as a happy family together. The Barnetts were already fostering another child and because, as Kristine tells it, they were doing well in life they felt they should use their blessings to help others if they could.

It all went horribly wrong from there. They soon suspected that Natalia was not the age she claimed to be. She spoke like someone much older than her supposed age, preferred the company of teenagers, displayed troubling mental issues, and possessed the physical traits of a female much older than a kindergartner.

Then, after a while, she began attempting to kill her adoptive parents. That was also an eyebrow-raiser.

Here is a breakdown of the highlights of this story from the full Daily Mail story.

1. The supposed 6-year-old had pubic hair.

[Kristine] Barnett grew more alarmed when she saw the little girl naked for the first time.

?I was giving her a bath and I noticed that she had full pubic hair. I was so shocked. I had just been told she was a six year old and it was very apparent she wasn’t,? she added.

Yeah that’s definitely not a thing that 6-year-olds come equipped with.

2. Natalia was having periods and trying to hide it.

Barnett says she soon began finding bloody clothing in the trash suggesting Natalia was having her period and trying to conceal the evidence.

3. After confronting Natalia about her real age things got violent.

After multiple glaring signs suggested that Natalia wasn’t the age she claimed to be the Barnetts asked their family physician to do a bone density test on their adopted daughter. The results showed that she was 14 or older, not 6-years-old as she had claimed.

After that, the family’s relationship with Natalia deteriorated to frightening lows. Natalia began smearing bodily fluids on the walls of the home and at one point she attacked a sleeping baby.

Kristine Barnett also caught Natalia pouring bleach into her coffee and the couple claims the girl would stand over their bed at night holding sharp objects. Once, Natalia even tried to push Kristine Barnett into an electric fence hoping it would kill her adoptive mother.

Oh by the way, this is pretty much the exact plot to the 2009 horror film Orphan.

Eventually the Barnetts grew so afraid of Natalia that they straight up abandoned her and moved to Canada. It was after that the couple was arrested for child abandonment. The once exemplary foster parents insisted, however, that things weren’t what they seemed, and that Natalia was actually a (very spooky) adult. They’re still fighting these charges today and attempting to prove that their version of events is true.

Watch: Man Who Faked Being Teen Doctor Freed From Prison