The U.S. speedskating uniforms are puzzling viewers—but they serve a purpose 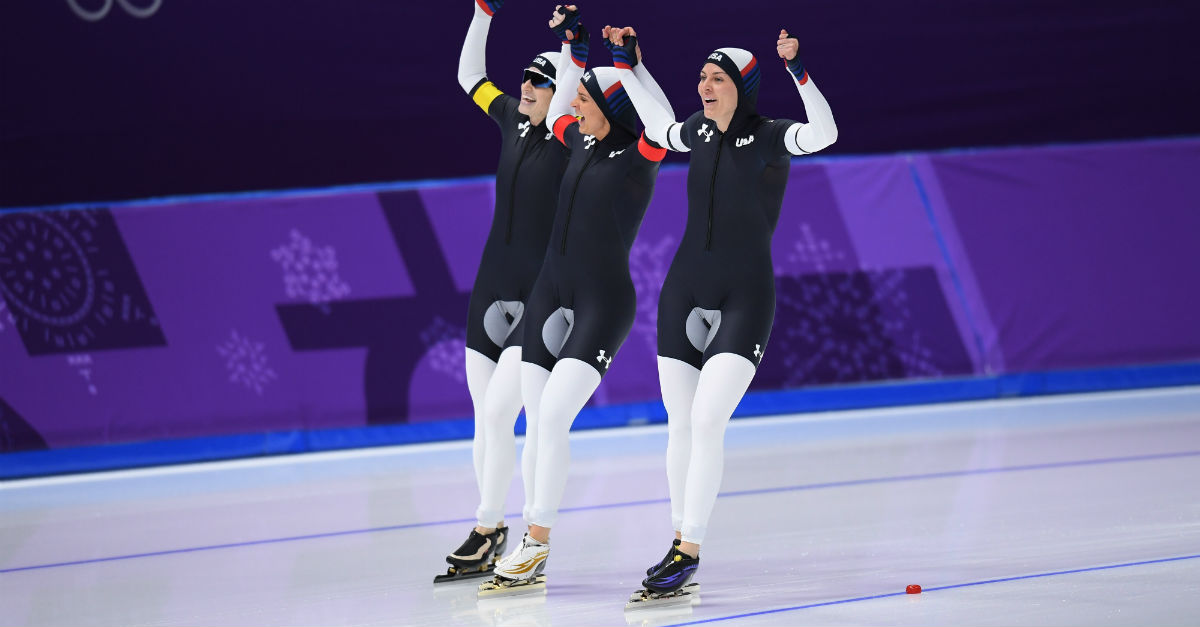 If you’ve caught any of speed skating competitions in the 2018 Olympics and seen an American, you’ve probably noticed that weird grey patch on their crotch.

Don’t know what we’re talking about? Check this out.

It’s pretty strange and everybody has been commenting on it.

Uniform designer 1: Our new uniforms need to reflect the elegant and strong aesthetic of speed skating.

Uniform designer 2: And highlight the crotch.

The speed skating events are a terrific show but the @TeamUSA uniforms are terrible. What is with the crotch patch? #Olympics2018 pic.twitter.com/xm1TztsXAV

But, it turns out that the grey crotch patch actually does serve a purpose. Under Armour, the brand behind the costumes, told InStyle that the “the uniforms underwent hundreds of hours of wind-tunnel testing.” Here’s how the brand explained it:

The contrasting material in the inner thigh (friction guards) has been commonplace for speed skating skins for decades, to reduce friction. The 2014 Under Armour skin had one panel instead of two, but in testing the new skin, the addition of a second panel reduced friction even more ? by 60 percent. We tested a multitude of friction guard materials to find the material that reduces friction the most. Altering the color or using a material that comes in a different color would have rendered it considerably less effective.

The brand even back up their style choice, saying that the athletes “love the look of the skins” and are “getting compliments from other countries.”

The United States Olympic team has a myriad of outfitters and you’re probably familiar with their opening ceremony outfits (designed by Ralph Lauren).

But the companies behind the actual uniforms vary by sport — Burton Snowboards designs the snowboarding outfits while Under Armour designed bobsledding and speed skating. Nike outfitted a number of sports, including curling and ice hockey.