Menu
Follow us
Search
Menu
Search
SALT LAKE CITY, UT - SEPTEMBER 27: Protesters from Students For a Democratic Society demonstrate on the University of Utah campus against an event where right wing speaker Ben Shapiro is speaking on September 27, 2017 in Salt Lake City, Utah. Campus authorities have increased security ahead of the appearance by Shapiro, a former editor-at-large for Breitbart News. (Photo by George Frey/Getty Images)

A major national university has approved a policy to suspend and expel students who protest “campus speeches and presentations.”

The University of Wisconsin system Board of Regents voted on the new punishments for students who have already been charged with “disrupting others’ free expression.” Now, students who offend a second time — having previously engaged in “disorderly conduct that disrupts others’ free speech — will be suspended. Students who disrupt a third time will be expelled, according to the Associated Press.

RELATED: “Why did you have to shoot?”: violence against police comes to Georgia Tech campus

Educators claim the new rules help students learn to “engage and listen to those with whom they differ.” University of Wisconsin system President Ray Cross added: “If we don’t show students how to do this, who will? Without civil discourse and a willingness to listen and engage with different voices, all we are doing is reinforcing our existing values.”

Recently, universities across the nation have erupted in violent protests after deliberately provocative speakers like Milo Yiannopoulos were scheduled by student groups to speak on campus. 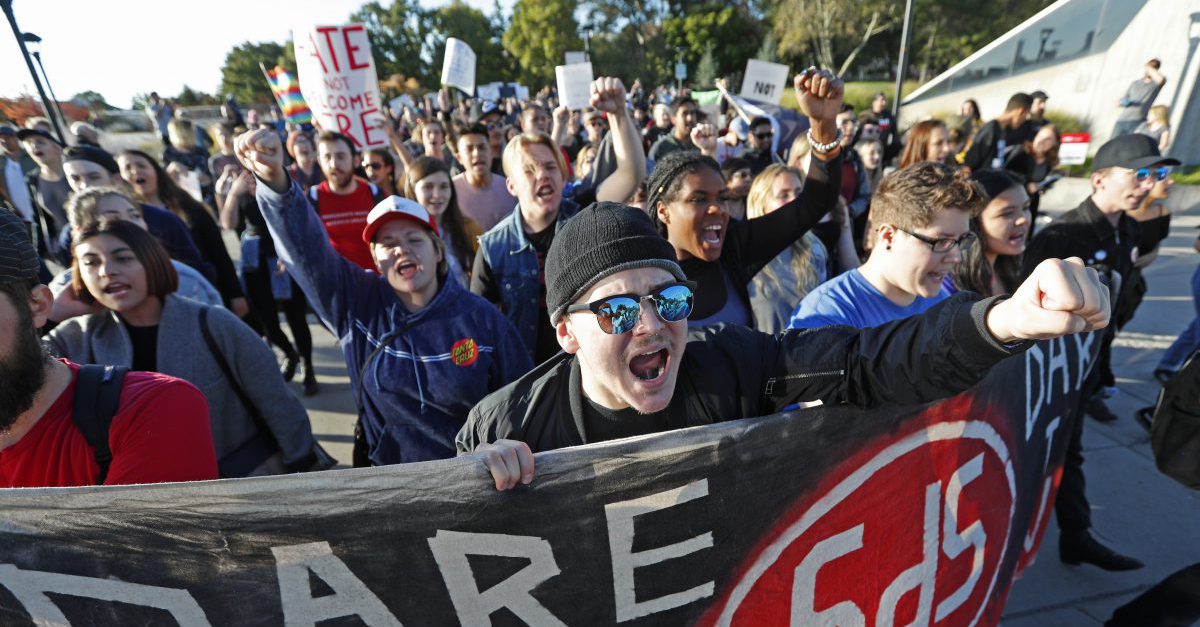