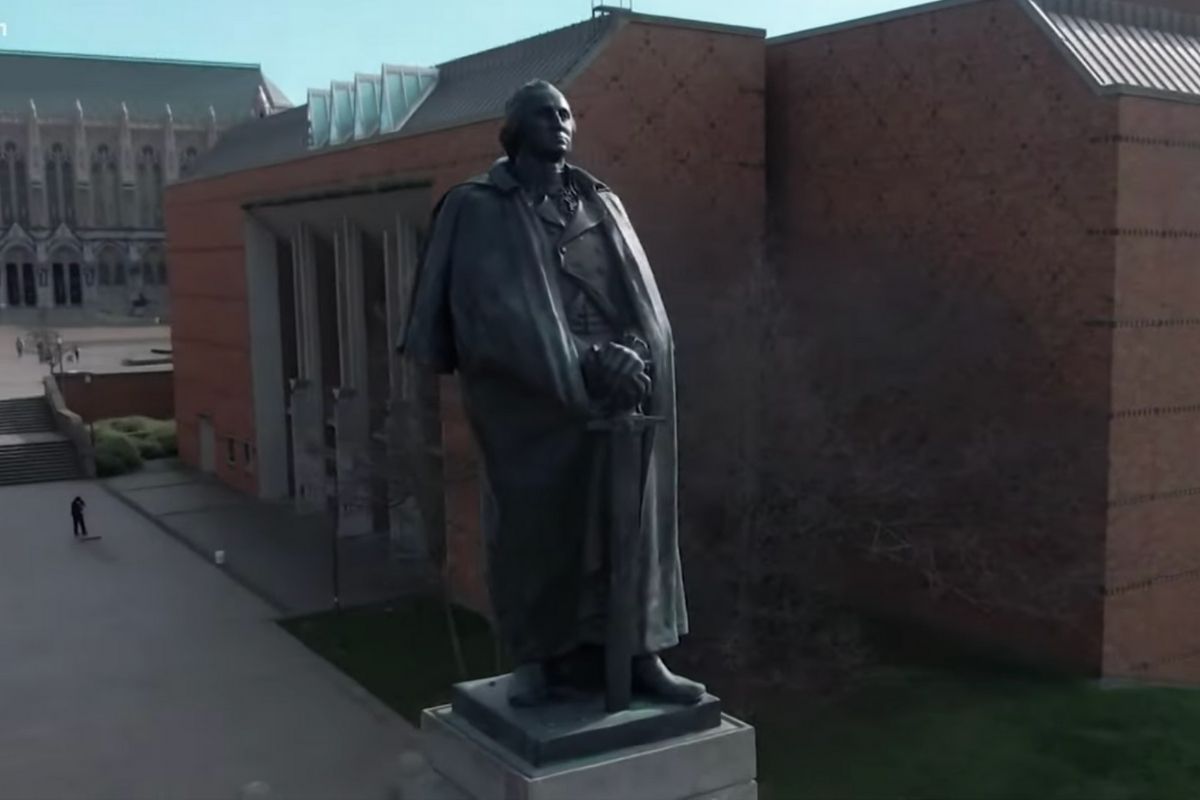 University of Washington students are pushing for the removal of the campus’ George Washington statue. This is one of the many instances of college students targeting the United States Founding Father, according to Campus Reform correspondent Justin Brascher.

In an interview with Fox & Friends, he stated, “This is just another further example of how we as a society cannot seem to separate the good that somebody has done from the evil. This particular petition was brought forth by one of the student unions on campus and has actually been adopted by the school newspaper.?

Brascher stated the school newspaper is now calling for the removal of the statue which began when the petition was filed back in August of 2020. Brascher continued, saying, ? It is really just unfortunate to see the sort of attitude towards our founding fathers.? President of UW?s Black Student Union, Mahilet Mesfin, stated that the BSU presented a list of seven demands from the Schools Administration in order to meet the needs of Black students.

The demands focused on polishing practices, expanding Mental Health Resources, diversity requirements, hiring more African American faculty, and removing the George Washington statue. When asked why the statue was included on the list, Mesfin stated, ?We included on the list because we had the discussion about the statue, just removing it, for years.”

The statue, which celebrates his conviction and character, has been on the campus since 1909. The student’s concerns came amid the Black Lives Matter (BLM) movement and due to George Washington’s role as a slave owner. At the age of 11, the former president had inherited 10 slaves and later went on to marry Martha Custis, gaining a dozen more slaves. At the time of his death, there were reportedly 317 slaves at Mount Vernon estate.

Two separate petitions, that the BSU was not involved in, were started last year as well. One was about the statue of George Washington and another suggested a name change for Washington State. Brascher stated that the push to remove the Washington statue is a ?phenomenon occurring at several universities across the country.? He noted,

Watch: Melania Trump Statue in Slovenia Removed After Being Set on Fire