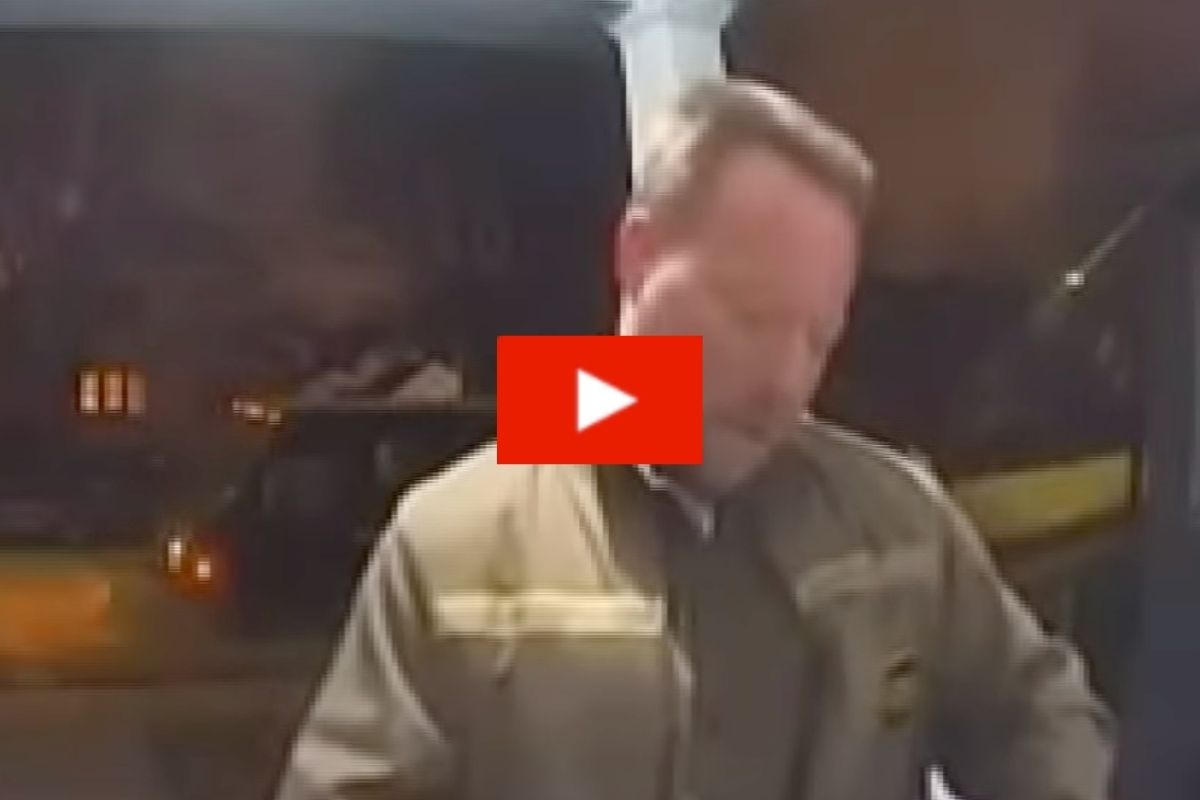 The Milwaukee community is shaken once again by yet another racially charged incident, as a UPS driver was fired after a viral video caught him going on a racist rant while delivering a package to a Latino household several days before Christmas Day. The video was caught by the Aviles household’s doorbell camera on December 17, and a young Latino police officer is part of the family that occupies the home.

The video shows the UPS driver, a White man, standing on the family’s porch holding their package. He’s writing what appears to be a “failed to deliver” notice and then proceeds to say, “Now you don’t get f*cking nothing…You can’t read and write and speak the f*cking English language.”

The video doorbell camera service’s digital logs do not show the UPS worker ringing the doorbell, and there’s no clear evidence indicating if he ever actually knocked on the door. Darryl Morin, the president of forwarding Latino, a Latino advocacy group, explained on behalf of the family about the delivery attempt, had organized a press conference nearly two weeks after the incidents, following multiple failed attempts to conjure a response from UPS. He explained during the press conference that, “The only information this driver had that could serve as a trigger for this deep-seated hate was the name on the package,” as the package was addressed to the Aviles family.

He also stated, “So what we have here is a very intentional act to ruin Christmas for somebody, for someone to spew this hateful rhetoric, and quite honestly to deceive their employer.”

A UPS spokesperson and senior manager of media relations, Matthew O’Connor, said in an email that UPS, “immediately contacted the family to offer our deepest apologies when we learned about this incident.”

“There is no place in any community for racism, bigotry, or hate. This is very serious and we promptly took action, terminating the driver’s employment. UPS is wholeheartedly committed to diversity, equity, and inclusion,” he continued, also expressing that the unnamed delivery driver in the UPS uniform no longer had a job with the company.

Shirley Aviles, the mother of the unnamed police officer, told NBC News over the phone, “UPS is huge, they’re global and this serves for any other businesses that are delivering packages, you can’t do that. You can’t just look at a package and make these crazy assumptions.”

“The package was a Christmas gift that we eventually received after Christmas Day, but what if it happened to have time-sensitive content like an EpiPen or a book I needed to take a final. I don’t get it. It’s just sad,” she continued, explaining that the apology for the racist remarks made on the security camera of the Milwaukee home is worth more, “than just ‘hey, I’m sorry, he’s been fired and we apologize.”

Aviles and Forward Latino are pressing for UPS to, “make greater investments’ in anti-bias and inclusion training, and Aviles, who works at a locally-known social service agency, said, “This is about the things people do when they think no one is watching them. That’s important because that’s when you see people’s true colors and that’s what’s scary.”