US Capitol on Lockdown as Trump Supporters Clash With Police 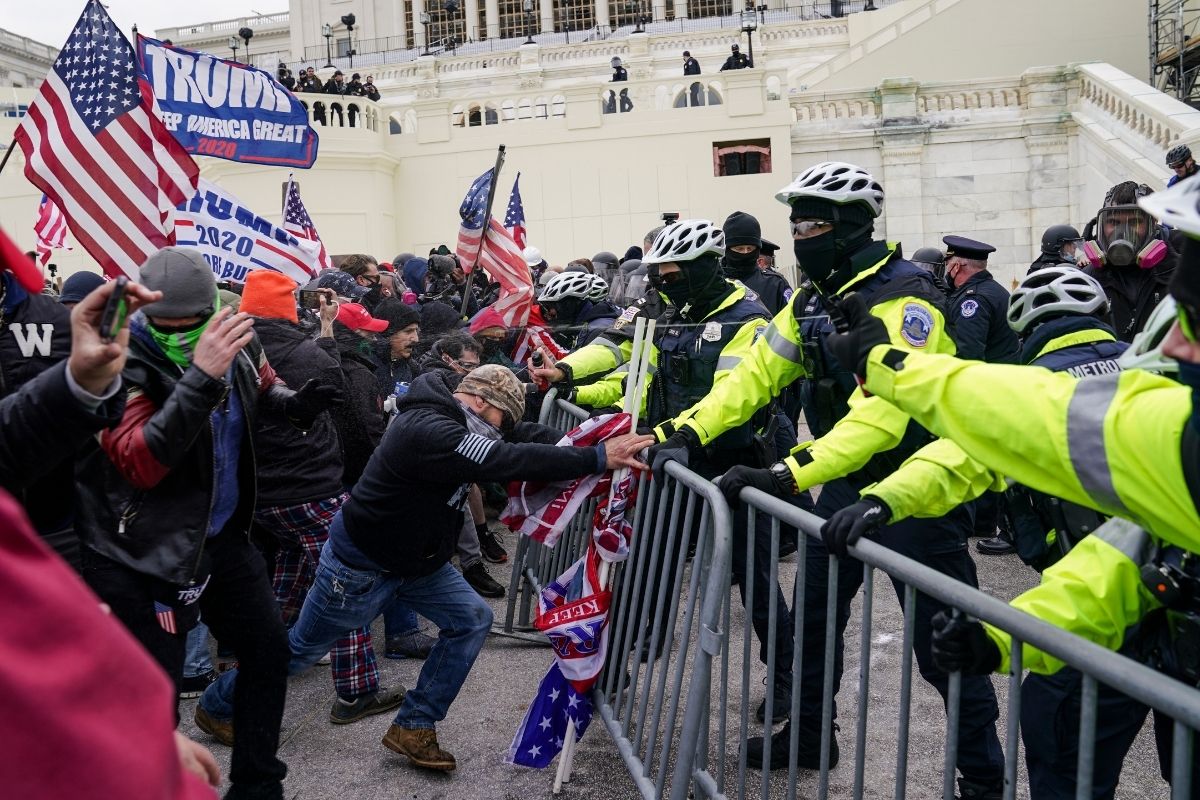 Shortly after President Donald Trump addressed supporters vowing to “never to concede” the presidential election, a large crowd of pro-Trump protesters marched to the US Capitol and breached Police barricades. To a crowd of supporters, Trump stated, “We will never give up, we will never concede. You don’t concede when there’s theft involved.” He later claimed that Joe Biden would be an ?illegitimate? president.

Trump supporters quickly made their way into the building outside of Senate chambers. The capital was placed on lockdown as police ordered evacuations at several buildings, and the certification of the electoral college votes was delayed. Outside of the building, the protesters could be heard chanting ?USA, USA!? and ?This is our house? as several of them began to forcefully remove metal barriers that were meant to keep space between crowds and police. U.S. Capitol police officers dressed in riot gear quickly moved to the front of the crowd to hold the line.

US Capitol on Lockdown

View from inside the Capitol as people gather on the West Front. The Capitol is currently on lockdown. pic.twitter.com/XKNKWNbHxZ

Live video footage shows officers deploying pepper spray after protesters, who are supporters of President Donald Trump, began charging at officers and moving towards the capitol steps. The scene escalated quickly as some protesters made physical contact with officers, which made police officers respond with physical action. The crowd breached Police barricades, overtaking police forces on the Capitol steps, and then attempted to storm Congress.

Capitol Police started evacuations of Capitol campus buildings, the Library of Congress James Madison Memorial Building, and the Cannon House Office Building. The Electoral College certification, which is located inside the Capitol, was quickly halted as Rep. Paul Gosar (AZ) objected. At the end of his speech, Trump stated that he was heading to the capital but officials reportedly placed the president at the White House. Trump’s claims of voter fraud have been widely debunked, and the Trump Administration’s effort to challenge the election results in court have been rejected by a succession of judges.