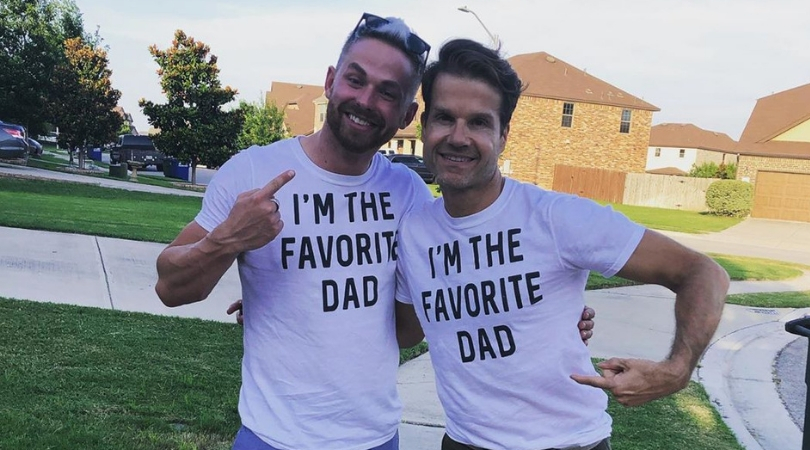 A substitute teacher in Utah is receiving heavy backlash nationwide after students complained she called homosexuality “wrong.” According to the Salt Lake Tribune, the incident began when a teacher asked a fifth-grade class in Cedar Hill Utah what they were thankful for. One student, who is the son of former Dancing with the Stars coach Louis Van Amstel, said he was thankful that he was finally going to be adopted by his two dads.

That’s when students reportedly heard the Deerfield Elementary school teacher say, “Why on Earth would you be happy about that?” before going on a 10-minute rant on why “homosexuality is wrong” and “two men living together is a sin.” The teacher then allegedly looked at the student who made the comment and told him that “it was nothing to be thankful for.”

After the comments, three girls asked the teacher to stop, which she refused, causing the girls to head to the principal’s office to tell on her. As the substitute teacher was escorted from the school, she accused the boy of “setting her off.”

The school called the fifth-graders fathers after the incident, who stated they were “livid” that this occurred in a public school. Amstel took to social media to post his reaction, stating, “You can imagine that set us off. We are not letting this go.”

Their son was reportedly nervous to tell his fathers since he had previously experienced two failed adoptions and though the incident would make them rethink their decision to adopt him. The final court hearing for his adoption is scheduled this month on December 19.

Alpine School District spokesman David Stephenson confirmed that the incident indeed occur with a substitute teacher and that appropriate actions have been taken. Through a statement, he reassured that the situation is currently under investigation. He stated, “[We’re] committed to having the best employees who care about all children in our schools, whether it be the teacher, the custodian, the secretary or a substitute teacher.”

The school district uses the staffing company Kelly Services to hire substitutes since 2011. The company also released a statement, saying, “We are concerned about any reports of inappropriate behavior and take these matters very seriously. We conducted an investigation and made the decision to end the employee’s relationship with Kelly Services.”