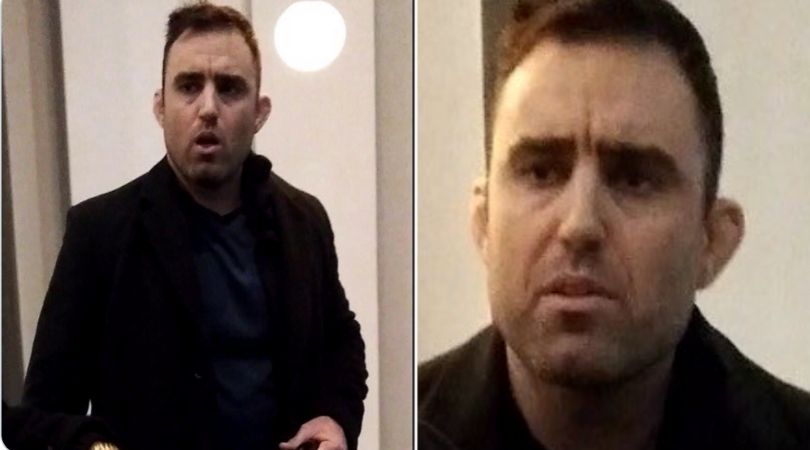 This is exactly why I have commitment issues. This right here. Everything about this! Police in New York City are currently on the hunt for a suspect who is accused of stealing $8,000 worth of belongings from his Valentine’s Day date at gunpoint after refusing to have sex with him. Yikes! Nope. Forever swearing off of dating apps.

According to the NYPD, the unnamed man got into an argument with the 27-year-old woman inside her apartment. The disagreement then took a violent turn when the man showed her his gun, grabbed her purse, and fled the apartment. The victim told police she met the man on a dating website called ‘Gold Diggers’ and the pair ended up in her apartment on W.47th st near Eighth Ave. in Manhattan.

The woman said the man wanted to have sex with her, but turned him down, which is what initiated the fight. The suspect is said to have gotten away with $8,000 worth of the victim’s personal property, including cash, cellphone, and purse! Now, for the total to be $8,000 you know this was probably a designer bag. Because no sane person keeps more than $500 in their wallet. Common sense, people!

After the literal gold digger left the room, he was seen running southbound along 8th Avenue. NYPD released surveillance video and photos showing the suspect holding a cane in one hand and a white Citarella Gourmet Marking shopping bag in the other. The thief is described as a white man in his 30s or 40s with brown hair. He was last seen wearing all black clothes. Anyone with information on the whereabouts is asked to call Crime Stoppers at (800) 577-TIPS.

Putting my two cents in here, why in the world would you even use a dating app called Gold Diggers? That’s a terrible name for an app. This woman literally got what she was probably was going to do herself. Also, why would you invite someone who you have never met into your home on the FIRST date? Have y’all never watched scary movies?

Still, this is horrible, and this man is a huge jerk. I would have been terrified if I was this woman. Online dating is scary.