New Mexico health officials are warning clients who got a ‘Vampire Facial’ at an Albuquerque spa to get tested for hepatitis B and C and HIV after one person reportedly got an infection. According to the New Mexico Department of Health, they immediately shut down VIP Spa after a full investigation found that their injected treatments, including vampire facials, could spread the blood-borne infections.

In case you don’t know what vampire facials are, the facials are done with the use of the client’s own blood, which pulled and reinserted with micro-needling to refresh the skin on their face. The treatment is a combination of microdermabrasion, with the application of platelet-rich plasma derived from the serum portion of the blood. Authorities stated anyone who got a facial in May or June of 2018 should go to the Midtown Public Health Office for a free and confidential lab testing and counseling.

Epidemiologist at NMDOH, Dr. Michael Landed, stated he was alarmed how VIP Spa stored, handled and disposed of the needles, increasing the risk of a blood-borne infection. The Spa responded to the allegations by saying they only use disposable needles and open them in front of their clients every time they come in. They are fully cooperating with officials.

Vampire facials are famous around celebrities, such as Kim Kardashian, who has sought the procedure as a way to rejuvenate the skin. Cosmetic dermatologist believes this method is similar to when an orthopedic surgeon generates tissue in patients damaged joints. While some believe the product is effective, scientific studies have yet to prove any long-lasting effects. Doctors deem the ‘procedure’ itself as relatively safe, but the risk comes in handling blood. The risk of infection using blood products is greater than using sterile injectables. due to the risk when trading the blood from one tube to another, and it not being a closed syringe.

This post was originally published on September 13, 2018, but updated on May 1, 2019, after The New Mexico Health Department announced they are still offering free testing for former clients of VIP Spa. 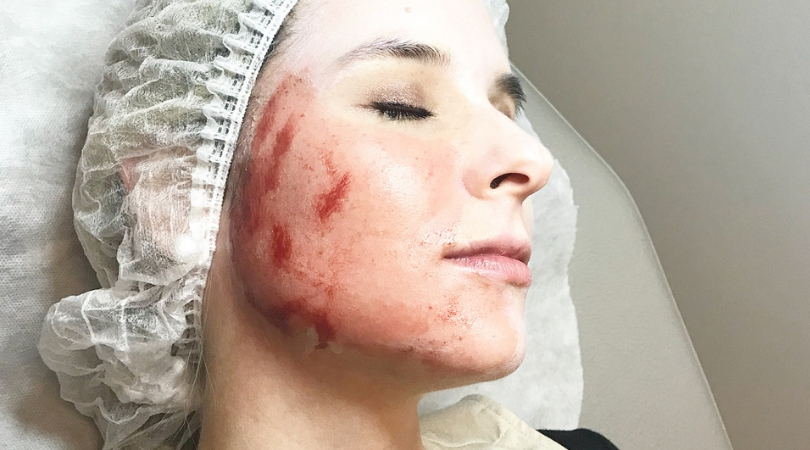