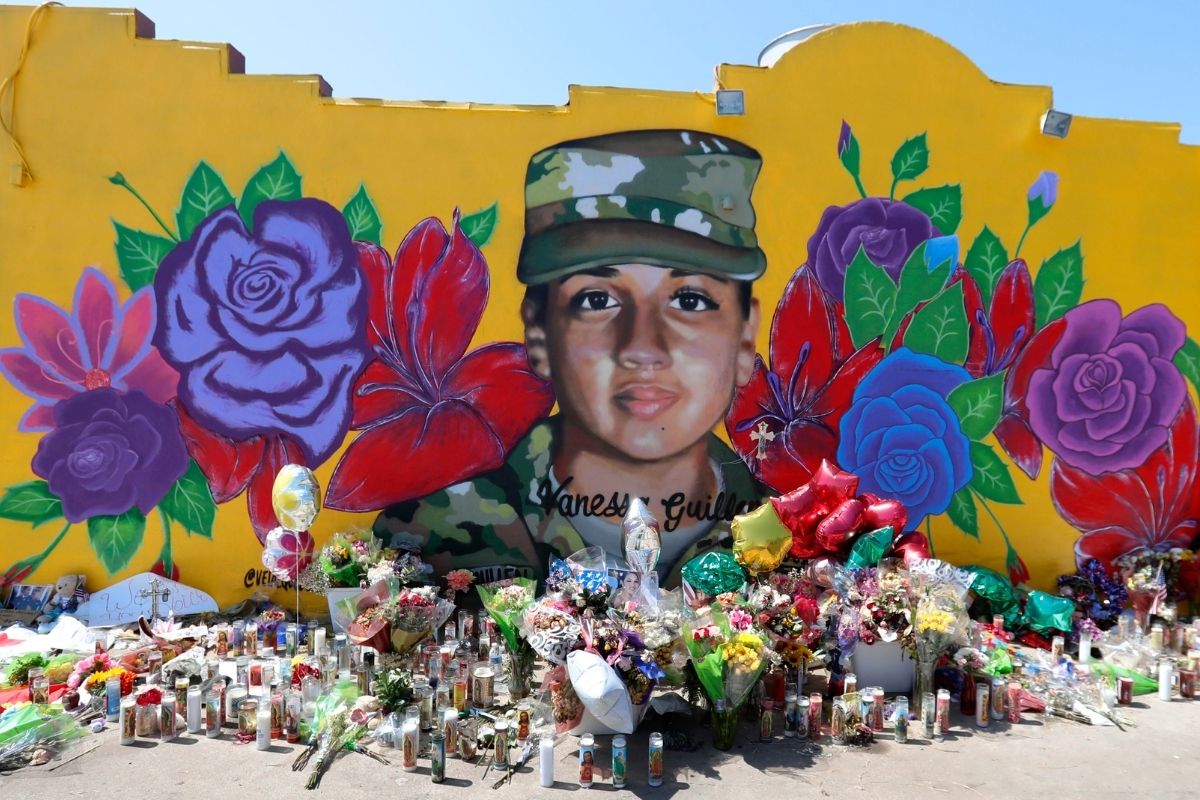 US Army officials have announced Vanessa Guillen, the 20-year Old Fort Hood soldier who went missing back in April, died in the line of duty. According to a Fort Hood, “the Army conducts a line of duty determination for all Soldier deaths.” This means the Guillen’s family will be able to receive a variety of army benefits such as compensation for expenses, allowances, a funeral with full military honors, and the Servicemembers’ Group Life Insurance.

Fort Hood officials briefed the family on the results of the investigation. Guillen was last seen on April 22nd at the base near Killeen, Texas, and her remains were found 3 months later. Several Army officials identified 20-year-old Spc. Aaron David Robinson of Illinois as a suspect in her disappearance and killing.

Guillen Died in ‘Line of Duty’

The death of Army Spc. Vanessa Guillen occurred "in the line of duty," Fort Hood officials have announced. The designation paves the way for Guillen's family to be entitled to certain Army benefits. https://t.co/7C03kZ21vy

Robinson ran from his post after reports that partial human remains were found on the river in Bell County, and Leadership and later shot himself in police tried to arrest him. The United States Department of Justice officials also identified Cecily Aguilar as a second suspect. The 22-year-old was Robin’s girlfriend and was arrested on federal charges of tampering with the evidence. She pleaded not guilty in July and is scheduled to make her next court appearance on November 30th. It’s convicted, she could face up to 20 years in prison and with a maximum fine of $250,000.

According to the family’s attorney, Natalie Khawam, the soldier was bludgeoned to death and Guillen’s body was moved to the military base by her killer. The attorney stated that Guillen told her family that she planned to file a harassment complaint against Robinson the day after she was killed, and they believe that is why Robinson became angry when she told him. The Army did note that army officials remain in contact with a family “to keep them informed of the additional actions being taken at Fort Hood, and what policies are being revised to ensure Army culture continues to put people first and honors Vanessa’s life.”

🚨 UPDATE: The death of Army Spc. Vanessa Guillen occurred "in the line of duty," Fort Hood officials have announced. The designation paves the way for Guillen's family to be entitled to certain Army benefits. pic.twitter.com/XWxKMWM9Rj

Last month, of bipartisan Bill name “I am Vanessa Guillen Act,” was introduced by a group of US House Lawmakers in memory of the fallen soldier. According to this bill sponsor, the act would make sexual harassment a crime within the Uniform Code of Military Justice and move prosecution decisions of harassment and sexual assault cases out of the military chain of command.