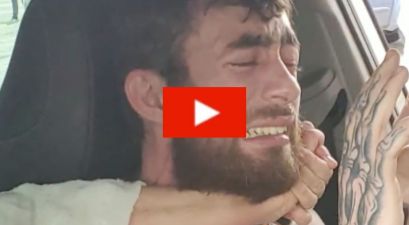 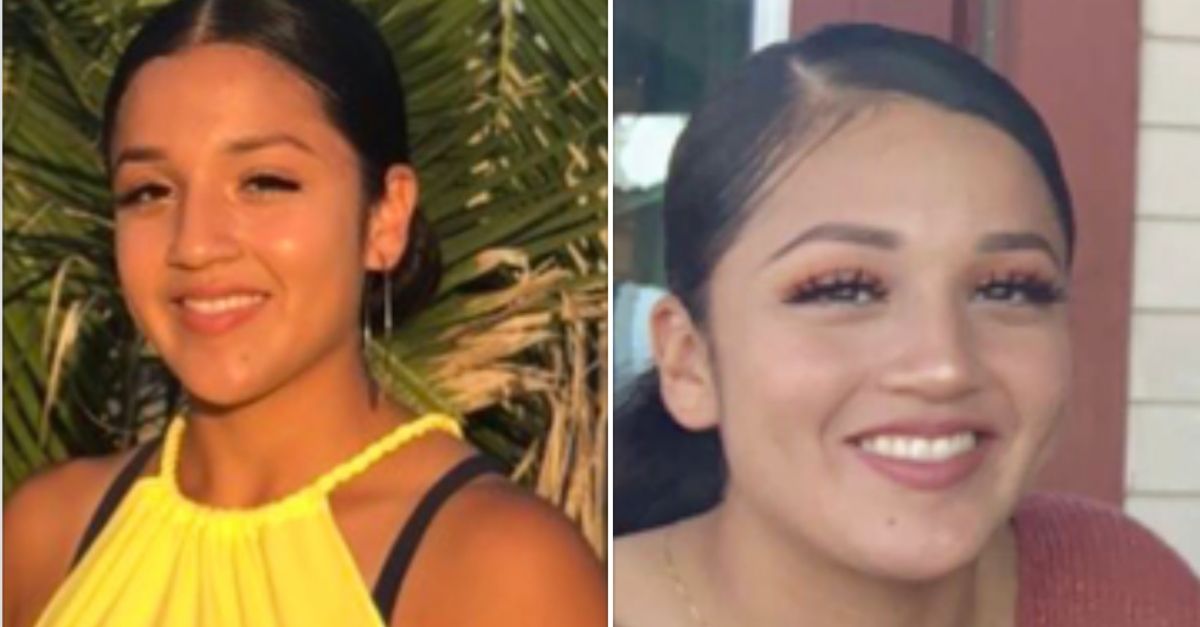 Editors Note: This article was originally published on April 27, 2020. It was updated on July 8, 2020, after authorities confirmed the remains found belonged to Vanessa Guillen.

Officials have officially confirmed the remains found near a remote site in Bell County belong to Vanessa Guillen. After investigation, authorities say that the Fort Hood Soldier was bludgeoned to death with a hammer before she was dismembered. Guillen, who worked as a small arms repairer with the 3rd Cavalry Regiment, went missing back in April, was killed and mutilated by fellow Soldier Aaron Robinson. Robinson was a 20-year-old US Army specialist and took his own life last week as officers went to question him.

Robinson’s girlfriend, Cecily Aguilar, confessed to authorities that Robinson repeatedly struck Guillen in the head with a hammer, killing her on April 22 at Fort Hood. Robinson then enlisted Aguilar to help him dispose of the body, taking her to a box in the woods. When he opened the box, Aguilar said there was a dead woman inside, identified as Guillen, and they both mutilated her remains.

The couple attempted to burn the body, but we’re unable to do so completely, and then buried the remains in three separate holes in a remote site in Bell County near the Fort Hood base. On April 26th, they returned to the site with hairnets and gloves to “finish the job.” The couple dug out the remains and attempted to burn them again before burying the ashes in the ground. Investigators discovered the remains in a shallow grave near the Leon River, 20 miles east of Fort Hood.

Aguilar is facing charges for conspiring to tamper with evidence stemming from the alleged role and trying to hide the body. If convicted she can face up to 20 years in federal prison and a maximum fine of $250,000.

NEWS UPDATE: MUG SHOT OF CECILY ANNE AGUILAR! Arrested today for the connection to the disappearance of #VanessaGuillen ! We need justice! #JusticeForVanessaGuillen pic.twitter.com/2N72jTZn7C

—
Editors Note: This article was originally published on April 27, 2020. It was updated on June 31, 2020, after authorities announced the found unidentified remains.

The attorney for Vanessa Guillen’s family has named the person they believe is responsible for her disappearance. Attorney Natalie Kawham stated one of the suspects died by suicide after authorities announced human remains were found during the search for Guillen. Kawham identified one of the suspects as Aaron Robinson, who died from self-inflicted gunshot wounds, but has not been officially named by authorities as of yet. The family believes Robinson is the same man who walked in on Guillen while she was in the shower.

Special Agents from the U.S. Army Criminal Investigation Command, along with the Killeen Police Department, U.S. Marshalls, and the Lone Star Fugitive Task Force attempted to locate the Junior Soldier from Fort Hood, who had managed to leave the post late Tuesday after authorities announced remains were found.

"They lied to our faces every single day."

This press conference has been hard to watch. Fort Hood soldier Vanessa Guillen's family has such raw emotion after the heartbreaking developments over the last 24 hours. #whereisvanessaguillenhttps://t.co/0CsOK5jUq1 pic.twitter.com/40ATVGdhe7

Several law enforcement agencies attempted to make contact with the suspect, but he reportedly displayed a weapon and took his own life. The suspect in custody, according to the US Army Criminal Investigation Command, identified her as “the estranged wife of a former Fort Hood Soldier” and is currently in custody in the Bell County Jail awaiting charges by civilian authorities. The Army CID did not release the names of the suspect.

The Texas Rangers, with the help of Army CID and other agencies, are processing the scene at the Leon River in Bell County, Texas, where partial human remains were discovered. Positive identification of the remains is pending but Guillen’s sister stated, “at this point, everything points to” it being the young girl.

The 20-year-old, who was a private first class in the 3rd Cavalry Regiment, was last seen on the morning of April 22 in the parking lot of her barracks in Fort Hood. Her barracks room key, wallet, car keys, and identification card were later found in the armory room where she had been working earlier in the day. Before her disappearance, Guillen’s family told authorities that a male sergeant had walked in while she was in the shower in the women’s locker room. Khawam stated Guillen did not report the allegations to her supervisor due to fear of retaliation. Army officials began to investigate the sexual harassment allegations on June 18th.

JUST IN: One suspect is dead and two others were arrested in connection to disappearance of Pfc. Vanessa Guillen, according to Fort Hood. Attorney Natalie Kawham has named the suspect who died as Aaron Robinson. https://t.co/uJYuJa8d7j pic.twitter.com/C5vksbBTFb

Editors Note: This article was originally published on April 27, 2020. It was updated on June 30, 2020, after authorities announced the found unidentified remains.

As the search for missing Texas soldier Vanessa Guillen continues, going on into its tenth week, authorities are now investigating the discovery of unidentified human remains found in a field in Killeen, Texas. On Saturday, officers were called to the field after a citizen spotted the remains, which have not yet been identified.

According to authorities, 20-year-old Guillen was last seen on April 22 in a parking lot at the squadron headquarters in Fort Hood. Her barracks room key, wallet, car keys, and identification card were later found in the armory room where she had been working earlier in the day. The soldier was last seen wearing a black t-shirt and purple fitness pants.

The medical examiner is said to conduct an autopsy to identify the newly discovered remains and determine the cause of death. According to Fort Hood, Guillen’s Military Occupational Speciality is listed as Small Arms/Artillery Repairer. She is 5 feet, 2 inches tall, weighs 26 pounds, has black hair, brown eyes, and is of Hispanic descent. Anyone with information about Guillen is asked to call Army CID Special Agents at 254-495-7767 or the Military Police Desk at (254) 287-4001.

The set of remains may be linked to the disappearance of #VanessaGuillen, a 20-year-old Fort Hood soldier who has been missing for around 2 months. https://t.co/DMj4kQHpX4

Editors Note: This article was originally published on April 27, 2020. It was updated on June 23, 2020, after authorities announced they suspect “foul play” in the disappearance of Fort Hood Soldier, Vanessa Guillen.

The attorney for the family of Fort Hood soldier Vanessa Guillen, Natalie Khawam, and U.S. Rep. Sylvia Garcia have stated that army investigators are using the words “foul play” as they continue the search for the 20-year-old. Khawam, U.S. Rep Garcia and the family held a news conference after a meeting with Ft. Hood officials to discuss the latest findings in the search for the soldier, and what steps the family intends to take next.

Guillen’s mother spoke during the news conference, noting how much Guillen wanted to be in the Army since she was little, and she joined for her country and to protect others. Gloria Guillen had asked officials from the beginning to close down Ft. Hood and have soldiers search for her daughter.

The eyes of the world are on Fort Hood. We stand with Gloria Guillen, Vannesa Guillen’s mother, as she fights for her daughter.

The 20-year-old was last seen April 22 in the parking lot of Regimental Engineer Squadron Headquarters, 3rd Cavalry Regiment on Fort Hood, Texas, and has not been heard from since. Her barracks room key, car keys, wallet, and identification card were later found in the armory room where she had worked earlier in the day. Her Military Occupational Specialty is a 91F, Small Arms/Artillery Repairer.

The 3rd Cavalry Regiment Commander, Col. Ralph Overland appointed an investigating team led by a senior investigator officer to conduct a commander’s investigation, which is referred to as an “AR 15-6 Investigation” into an allegation that the soldier was sexually harassed. Ft. Hood officials did state on Facebook that U.S. Army troopers with the 3rd Calvary Regiment searched for the soldier June 17-18 in the training area near the regiment area of operations. They then expanded the search north and on the east side of their training area searching barracks, fields, buildings, lakes, and trails.

A reward was doubled to help find Guillen. The League of United Latin American Citizens, also known as LULAC, announced they agreed to match the U.S. Army Criminal Investigation Comand’s $25,000 reward, bumping up the reward to $50,000.

As we all grieve the loss of one Soldier, someone out there can help us not to have to grieve for another. If you have information as to the whereabouts of Vanessa Guillen, call 254-495-7767#FortHood #USArmy #FindVanessa #FindVanessaGuillen pic.twitter.com/BCTIS9wpia

Heads up, Fort Hood, Texas! An extensive search is currently underway for a Fort Hood soldier who was last seen on April 22, 2020. According to Ford Hood officials and Special Agents from the U.S. Army Criminal Investigation Command, Private First Class 20-year-old Vanessa Guillen was last seen in the parking lot of her Regimental Engineer squadron Headquarters, 3rd Cavalry Regiment.

Officials are asking for the public’s help after her barracks room key, car keys, wallet and identification card were found in the armory room where she was working earlier in the day. Guillen was last seen around one in the afternoon and was said to be last wearing a black shirt. The missing soldier is described as being of Hispanic descent, 126 pounds, 5 feet, 2 inches tall, with black hair and brown eyes.

Fort Hood Military Police issued a “Be on the Lookout,” also known as BOLO notice, to surrounding law enforcement agencies and an extensive search is currently underway by military members, military police, and civilians in the area. Friends and family of Guillen have flooded their social media pages with pleas to the public to contact local authorities if anyone has any information. Through a Facebook post-Guillen’s sister, Mayra Guillen, noted the missing woman’s phone was last tracked on Benton, Texas, which is 20 minutes away from where she was last seen.

She stated, “My sister… last seen two days ago. Phone last tracked at Belton, Texas. No contact with boyfriend, close friends or family. Belongings and CAR are at base too back in fort hood. Something is not right please help me find her. Houston Austin Fr hood/ Killeen areas.”

Fort Hood is a U.S. Military post located in Killeen, Texas. It covers 340 square miles of Bell and Coryell counties in central Texas between Austin and Waco and is home to II Corps and The First Cavalry Division. If you have any information you are asked to contact Army CID Special Agents at 254-495-7767 or the Military Police Desk at 254-287-4001.