A reported half a million people showed up in Washington, D.C., for the Women’s March on Saturday, a day after President Donald Trump’s inauguration.

RELATED: Miley Cyrus had the time of her life celebrating women at the Women’s March on Los Angeles

No one was arrested, and some are calling the march a “success.”

Video and Twitter chatter circulating around the internet shows that the march left quite a mess in its wake.

Hey if you attended a Women's March yesterday, today plz go clean up all the trash that got left plz rt pic.twitter.com/d76wq7uDLD

But then there was this:

A man wearing a Make America Great Again hat gathered signs from the march that were left behind.

RELATED: Final counts are in — here’s how many were arrested at Saturday’s Women’s March in Washington

The video has been liked and retweeted more than 12,000 times. 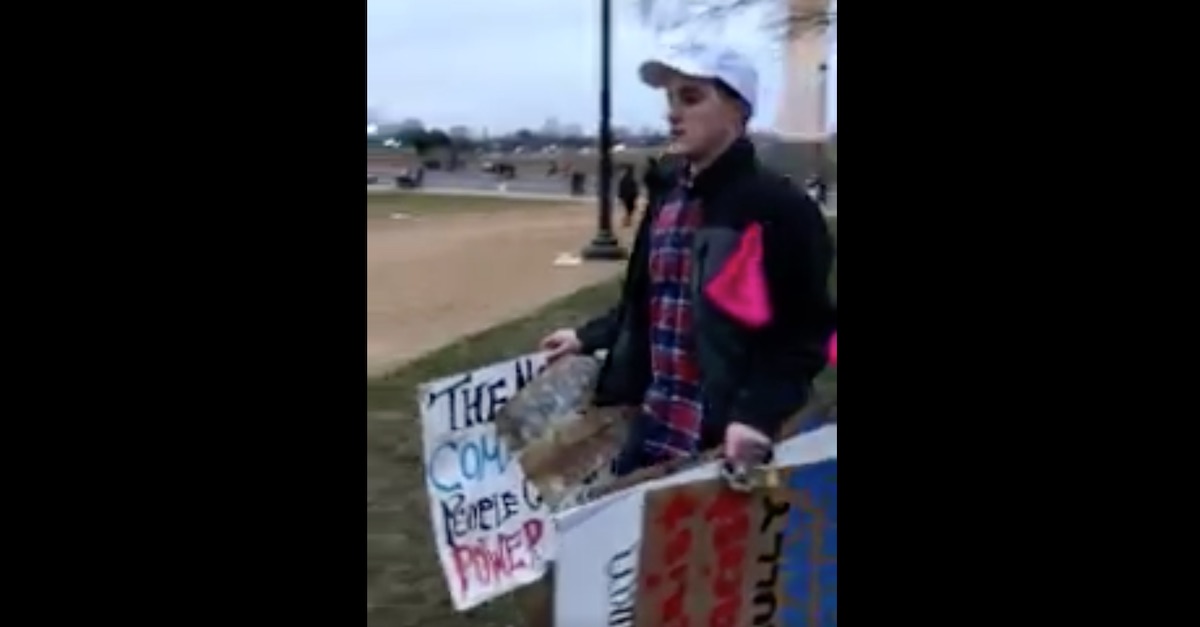