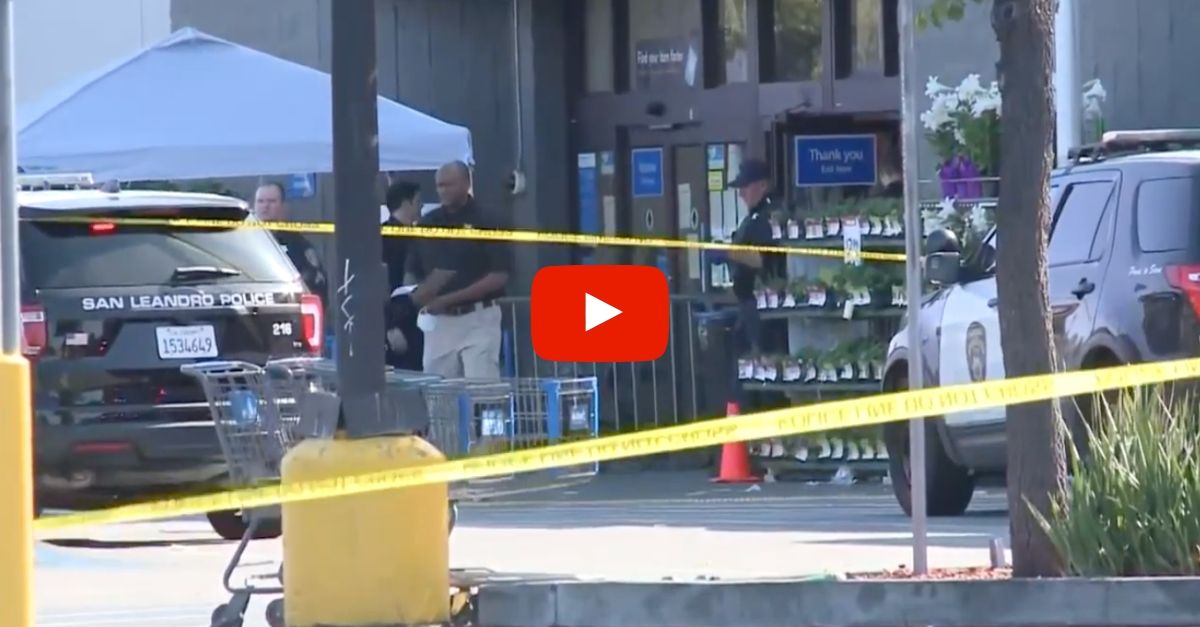 A California man was tragically shot and killed inside an Eastbay Walmart store after he threatened police officers with a baseball bat. The man, identified as 33-year-old Steven Taylor of San Leandro, first arrived at Walmart around 3:30 p.m. San Leandro Police were dispatched to the store after getting a report of a robbery. That’s when officers found no signs of threat taking place when they arrived on the scene.

Officers then quickly encountered the suspect as he was swinging a baseball bat near the entrance inside the store. According to Lt. Ted Henderson officers used their tasers to detain the man but were unsuccessful. Through a video, one can hear one of the officers shooting at the suspects, striking him in the upper torso. The man is then seen taking a few steps forward and dropping the bat, ultimately collapsing to the floor.

When asked several questions about the force from officers, Lieutenant Henderson stated if there was a taser deployment, there probably had to be some type of perceived threat and the officers were worried about their safety. According to the San Leandro Police Department, the officer who shot the suspect is a 25-year veteran and is now under administrative leave.

Through a statement, a Walmart spokesperson stated they appreciate the quick response of the local authority, and luckily no one else was injured. They noted they will continue to assist with law enforcement and refer all requests for information to the police department. The San Leandro Walmart is currently closed for investigation for the time being, and the Alameda County district attorney and the San Leandro Police Department are currently investigating the shooting. Authorities stated at least 20 people are being interviewed as witnesses of the shooting.