When Mascoutah High School’s football team marched onto the field Friday night for their homecoming game with Triad High School, they had company. The team walked hand-in-hand with law enforcement officers, firefighters and veterans. Athletic Director Scott Battas came up with the idea but let the team’s captains make the final choice, the Belleville News-Democrat reports.

Senior Darius Cooley insists that the decision was unrelated to the protests in the NFL, explaining, “In high school, we play for each other. It’s not about the individuals or whose opinion is bigger. We all respect each other and recognize that everyone comes from a different perspective and have different opinions.” Coach Josh Lee echoed the sentiments of his player, saying, “That’s not some huge political stand, and we’re not getting into people’s point of view…They just want to shed a positive light on people who do positive things in our community.”

First responders lined up arm and arm with our players ready to take the field … a very special moment.. We Are MASCOUTAH. pic.twitter.com/DERPNYj3aK

Unfortunately for Mascoutah, their decision to bring the boys in blue onto the gridiron didn’t win them any favors with the gods of football — they ended up falling to Triad by a score of 24-7. 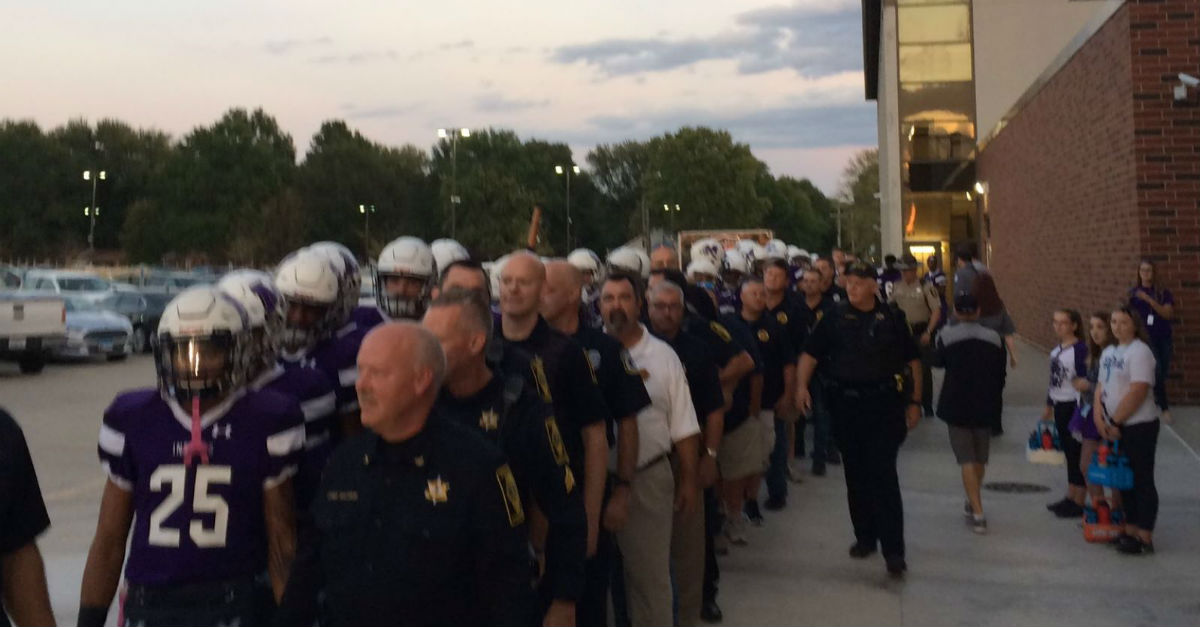