It used to be that you never brought your personal life to work. Your home life and your work life were totally separate.

But now, with so many things being remote, showing up to work often means opening a live video feed directly into your most intimate spaces, making your personal life something for all to see.

With that has come to some real hilarity, like when a BBC speaker’s kids famously broke into daddy’s office only for mommy to quickly drag them out on her hands and knees, or like when CNN legal analyst Jeffrey Toobin got caught greasing his weasel during an internal company conference call.

Now there is 45-year-old Democrat County Supervisor Matt Heinz, previously a member of the Obama administration, who took a Zoom video call for the Pima County Board of Supervisors while vacationing in the Caribbean on a 10-day Ritz Carlton cruise, only for his unidentified 24-year-old travel companion to emerge in the background wearing a skimpy speedo and a tank top:

The unidentified speedo-wearing man enters the frame, lifts up his shirt, looks towards the camera as though he sees himself in it, then grabs at his waistband to resettle his stuff before Heinz takes notice and quickly disables the video.

After the clip started going viral on social media, Heinz told the Advocate that he and the unidentified man, who is twenty years his junior, are not dating, are not boyfriends, and are not married, they are just travel companions. He also confirmed the man is not a sex worker. 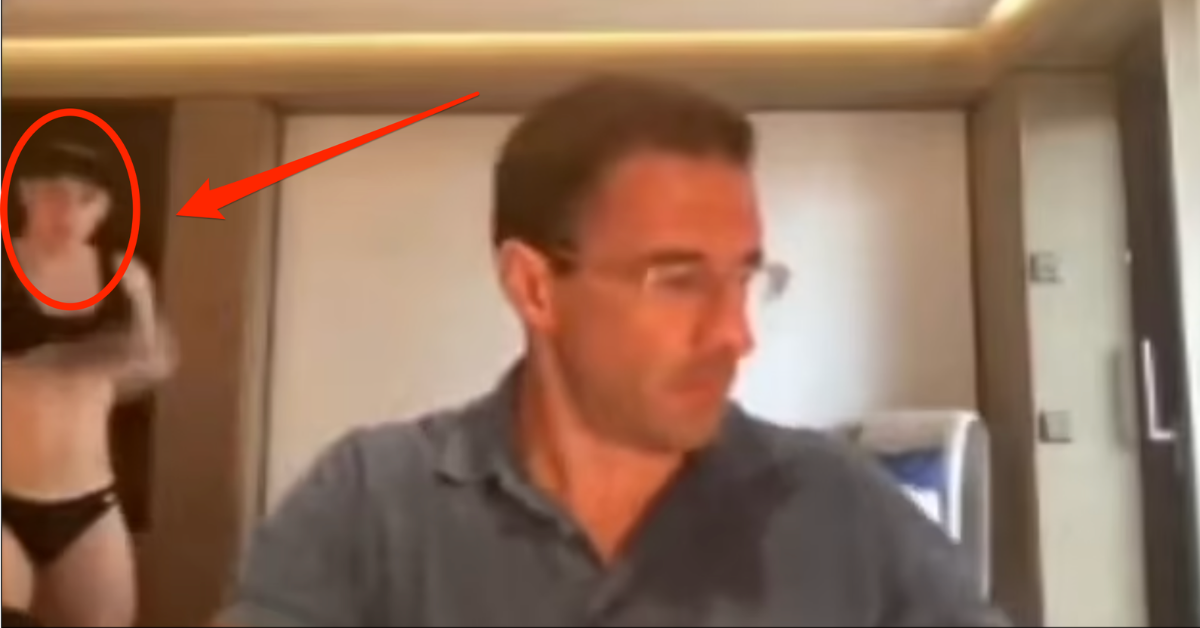