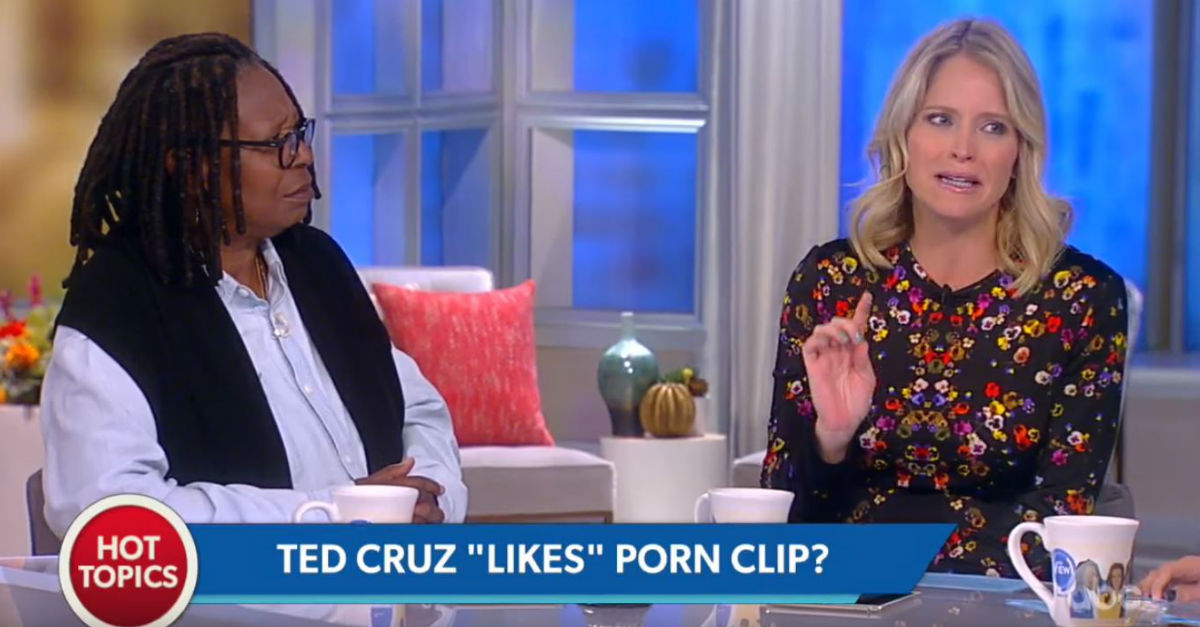 On Tuesday, the women on “The View” sat down and tried to figure out exactly what Senator Ted Cruz (R-TX) was thinking when he (or, more likely, one of his staffers) liked a very NSFW tweet.

On Monday night, the official account linked to the Texas senator “liked” a tweet from the handle @SexualPosts. The tweet featured a two-minute long pornographic clip, and though a Cruz staffer has been blamed for the slip-up, the public is still trying to figure out exactly what happened. On Tuesday’s episode of “The View,” Whoopi Goldberg introduced the issue, saying “we don’t know if he was hacked, we don’t know really what happened.”

RELATED: One of the ladies of “The View” made a big announcement on the show, and fans are absolutely thrilled