Bill and Hillary Clinton were greeted with shouts and cheers when they arrived at a play in New York City over the weekend.

On Sunday, the former president and former Democratic presidential candidate attended a performance of “Oslo” at the Lincoln Center. When the couple entered the auditorium and made their way to their seats, the crowd gave them a standing ovation with some audience members chanting, “Hillary! Hillary!”

RELATED: Justin Trudeau took Ivanka Trump to a Broadway play, but it’s what the show is about that has people talking

This isn’t the first time the former first couple has received a warm welcome and applause while attending a show. In June, the couple attended a performance of “Come From Away,” a play about a small town in Newfoundland, Canada, that welcomed thousands of stranded travelers after their planes were diverted following the September 11, 2001, terrorist attack on New York City.

The couple slipped into their seats just moments before the curtain rose on the performance, but after it was finished,  the audience applauded the couple as well as the cast of the show. 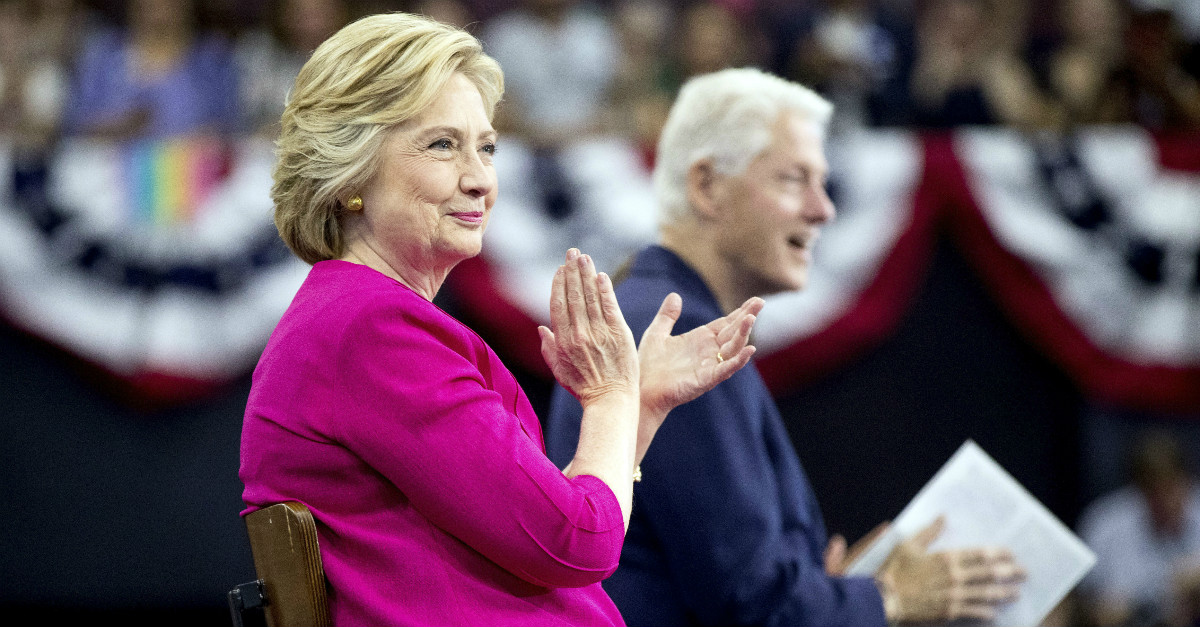