Watch what would happen if the U.S. had to shoot down a medium range missile heading for the States 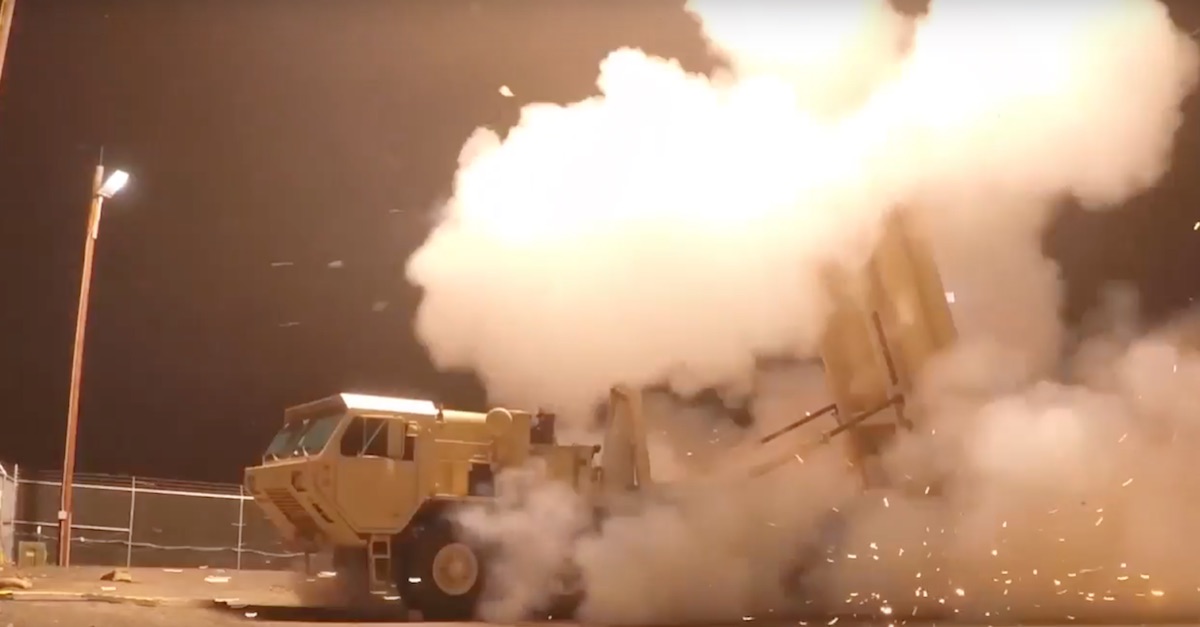 The Daily Mail recently shared footage released by The U.S. Department of Defense of a successful test deployment of the Terminal High Altitude Area Defense system (THAAD) in Alaska on Sunday, dropping a target from a plane and shooting it down.

The video footage features a few different looks at the dropping of the medium range ballistic missile (MRBM) from a plane and responding with the THAAD system, destroying the target.

Was this a message to North Korea?

While some were quick to note that the defense test came only two days after North Korea fired off an intercontinental ballistic missile (ICBM), the test had reportedly been planned months in advance.

Whatever the case, the THAAD isn’t the defense system that would be used to shoot down an ICBM sent from North Korea to the States.

That responsibility belongs to the Ground-based Midcourse Defense (GMD) and its long-range ballistic missile defense capability.

The THAAD is for destroying short, medium and intermediate ballistic missiles. If you ever wanted an idea of what that would look like in action, now you know.