While Winter Storm Stella didn’t hit as hard as some of the direst forecasts said, there have still been a fair share of difficulties on the roads for motorists on the East Coast and elsewhere due to the snowfall.

They’re rolling over and spilling their hauls on highways.

Plows are tipping over on the job.

PennDot plow on its side along Quarry Rd in Upper Leacock Twp. Driver in hospital, police investigating what caused it. pic.twitter.com/E2Oc3CHXLK

RELATED: City of Boston turns icy on this 76-year-old woman who didn’t shovel snow off her sidewalk fast enough

And meanwhile in Michigan, cars are mounting one another.

Okay, that one was just a joke, but still.

And don’t even get us started on the Poconos.

One mode of transportation that would not be stopped by the snow is the train. Video shared with WBNG by Benjamin Robinson shows the powerful locomotive flipping Stella the bird in Owego, N.Y.

The video is strangely satisfying.

As you can see, it appeared from one angle that the train was entirely shrouded in snow, calling to mind “The Polar Express.”

Come to think of it, it also reminds of the train in the movie “Snowpiercer.” 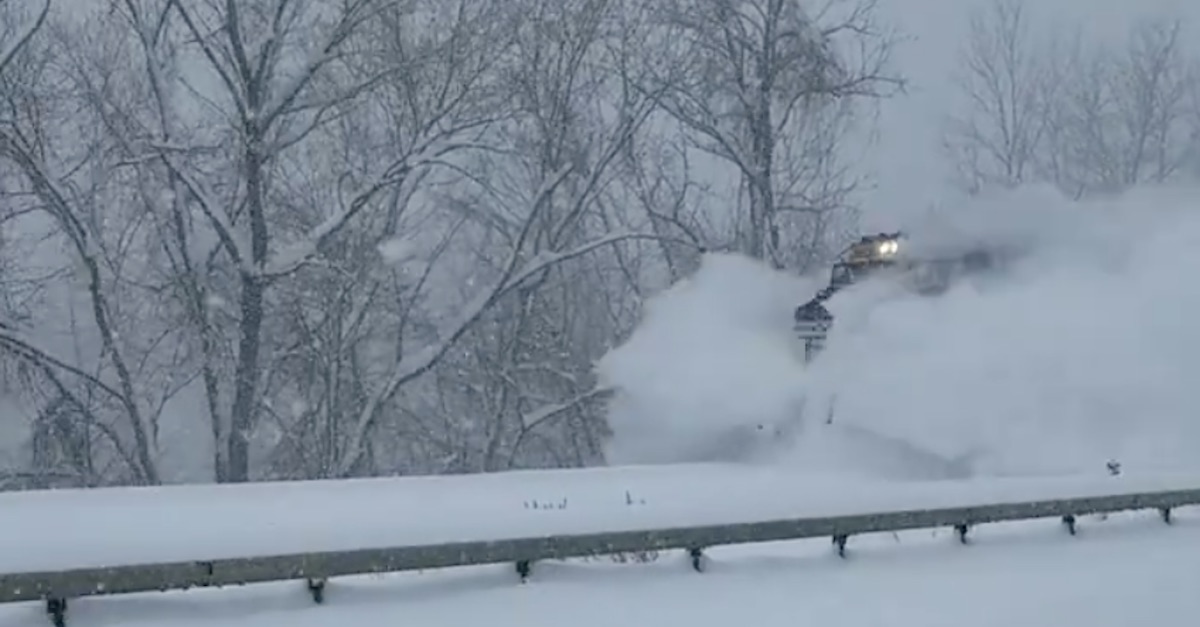