In the wake of the Sunday evening’s mass shooting in Las Vegas that left at least 58 people killed and more than 500 injured, those who were there are sharing their stories of brave bystanders and first-responders.

Journalist Dan Kennedy spoke with a man named Derrell Vaughn from Nashville who desperately tried to save the life of a wounded man. Kennedy later shared a clip from his video-chat with the man on Twitter. “We tried everything to bring him back,” Vaughn said.

A stranger died in this Nashville man’s arms last night in Las Vegas. He did everything he could to save his life. @NC5 pic.twitter.com/o4m6monwsQ

Twitter user Ugo Lord posted a short video of officers speeding toward the scene in care while the shots were still firing. “THANK YOU to the brave Las Vegas police officers who raced towards an active shooter during this horrible mass shooting. #MandalayBay #LVMPD,” he said.

THANK YOU to the brave Las Vegas police officers who raced towards an active shooter during this horrible mass shooting. #MandalayBay #LVMPD pic.twitter.com/lr7m7dTbLp

People not at the scene were still helping by showing up at local blood banks to donate much-needed blood. One Nevada blood services center struggled to accommodate blood donors.

Here at United Blood Services on W Charleston, where there is a line out the door of people willing to donate blood this morning pic.twitter.com/pYBNtzPztI

Fox News interviewed several concert-goers who heroically carried injured people to exits. “Heartbroken,” one of the men said when asked he was feeling. “Anybody I’ve met tonight. I told them I’m an American and we’re brothers.”

Another man said “you do what you can. We’re all together: Red, white, blue, whatever. You try and help each other.” 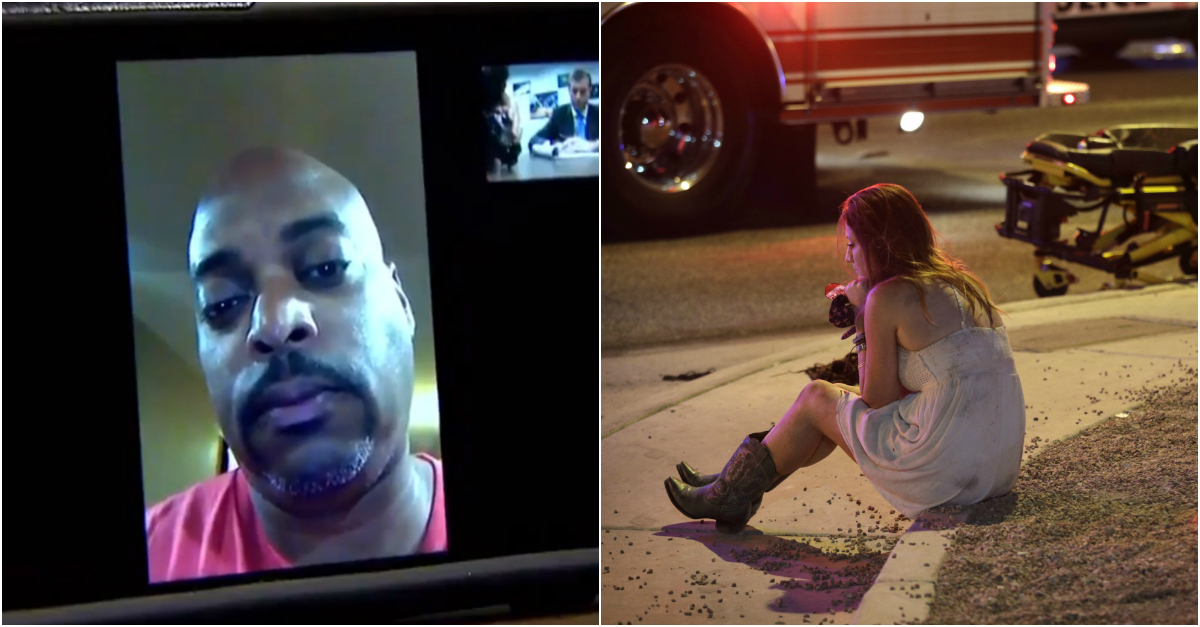