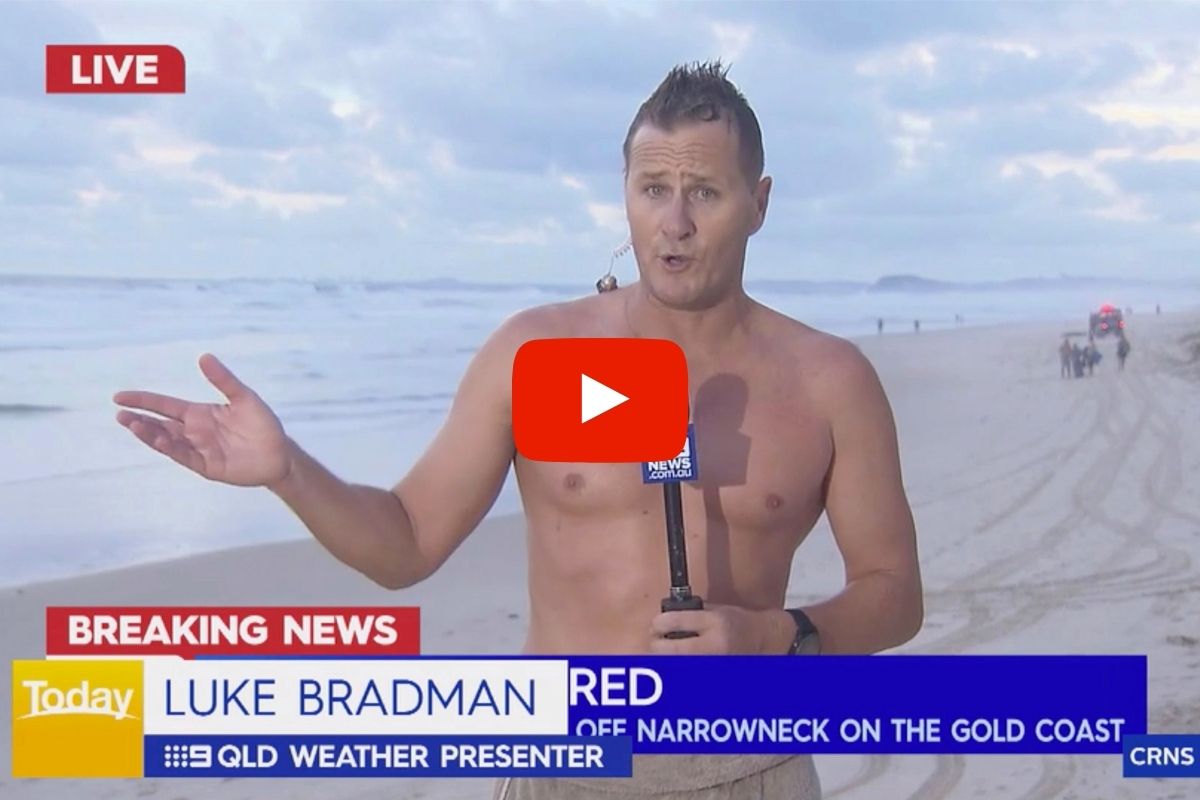 Holy moly, talk about a terrifying live broadcast moment. An Australian TV weatherman is now being hailed as a hero after he stripped down and dove into the dangerous water at a beach to recover the body of a man, all while the cameras were still rolling after a live report. Luke Bradnam, who is the anchor for Australia’s Channel Nine News, was at Narrowneck beach in Queensland reporting on the treacherous weather conditions when he was quickly alerted that a person was struggling in the ocean.

That’s when the superhero quickly sprang into action. Recalling the event, a shirtless and wet Bradman spoke to his fellow anchors on air, stating, ?Just after I got off air chatting with you guys, a boogie boarder just behind here at Narrowneck alerted me that he thought he saw someone again out in the surf.?

He noted how he immediately decided to strip and race out with a boogie board in order to help the person in trouble. Unfortunately, the man Rednam ran in the water to rescue did not survive the event. The weatherman told viewers, ?When we got closer it became pretty evident that there was a body floating in the water and the two of us were able to secure the body and make our way?back into shore.?

According to authorities, the body that the weatherman helped recover is believed to be 32-year-old British national Jake Jacob’s, who had moved to the Golden Coast from the United Kingdom and was reported missing a few days earlier. A search and rescue mission had been launched after the body of Jacobs? swimming partner, 29-year-old Julia Boiko, was found a few days earlier. Police believe the pair had gone out for a late-night swim and were skinny dipping.

Affected by the situation, Bradnam described it as ?pretty harrowing? and hopes to ?never experience that again.? Because face it, pulling out a dead body from the ocean is terrifying. This man has some serious guts. Bradnam went on to say, ?In the heat of the moment, I thought this is someone?s son, it?s going to bring some closure ? we?ve just got to do it.?

Watch: Amazon Is Selling An Avocado Pool Float, and We?re Ready To Guac and Roll This Summer