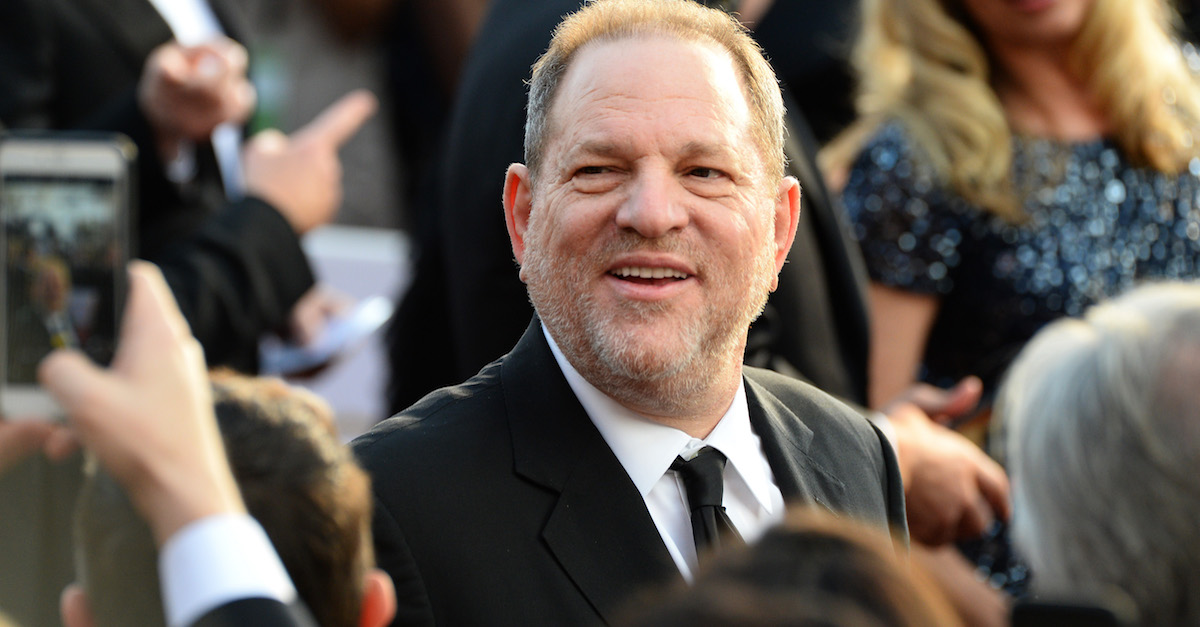 Film producer Harvey Weinstein has been fired from The Weinstein Co., effective immediately, following new information revealed regarding his conduct, the company?s board of directors announced Sunday.

RELATED: Just two days after taking his case, Harvey Weinstein?s lawyer kicked him to the curb

Weinstein had previously voluntarily taken a leave of absence following decades of sexual harassment allegations detailed Thursday in a New York Times expose. The board on Friday endorsed that decision. But it went further Sunday, removing Weinstein from the company he co-founded.

In a statement, the board cited ?new information? about Weinstein?s conduct that has emerged in the past few days. An attorney for Weinstein didn?t immediately comment Sunday.

A spokesperson for The Weinstein Co. declined to provide details on Weinstein?s firing.

The New York Times article chronicled allegations against Weinstein from film star Ashley Judd and former employees at both The Weinstein Co. and Weinstein?s former company, Miramax, over the course of several decades. The report made an enormous impact felt throughout the movie industry and elsewhere.

Harvey Weinstein on Thursday issued a lengthy statement that acknowledged causing ?a lot of pain.? He also asked for ?a second chance.? But Weinstein and his lawyers have criticized the New York Times? report in statements and interviews.

?We are confident in the accuracy of our reporting,? said a New York Times spokesperson in a statement. ?Mr. Weinstein was aware and able to respond to specific allegations in our story before publication. In fact, we published his response in full.?