The parents of a little girl are furious after she came home from school with a huge mark on her face.

Security video shows Walters taking another student’s hand to slap Peters on the right side of her face.

RELATED: This bus fight with an old man shows the worst sides of humanity

Peters’ father took a picture of her face and uploaded it online.

RELATED: A 14-month-old baby is fighting for his life after being savagely abused — neighbors say there were warning signs

Bamberg District One School Superintendent Phyllis Schwarting told WRDW that the mark on her face didn’t come from slap on the bus because in the photo the mark is on the left side of her face, while in the video, she’s slapped on the right side.

“There was some perhaps inappropriate, you know, picking up another child’s hand but not any evidence she left with a handprint on her face from the bus,” Schwarting told the station. Police believe the photo was apparently flipped.

Walters faces assault charges and is due in court the end of September. 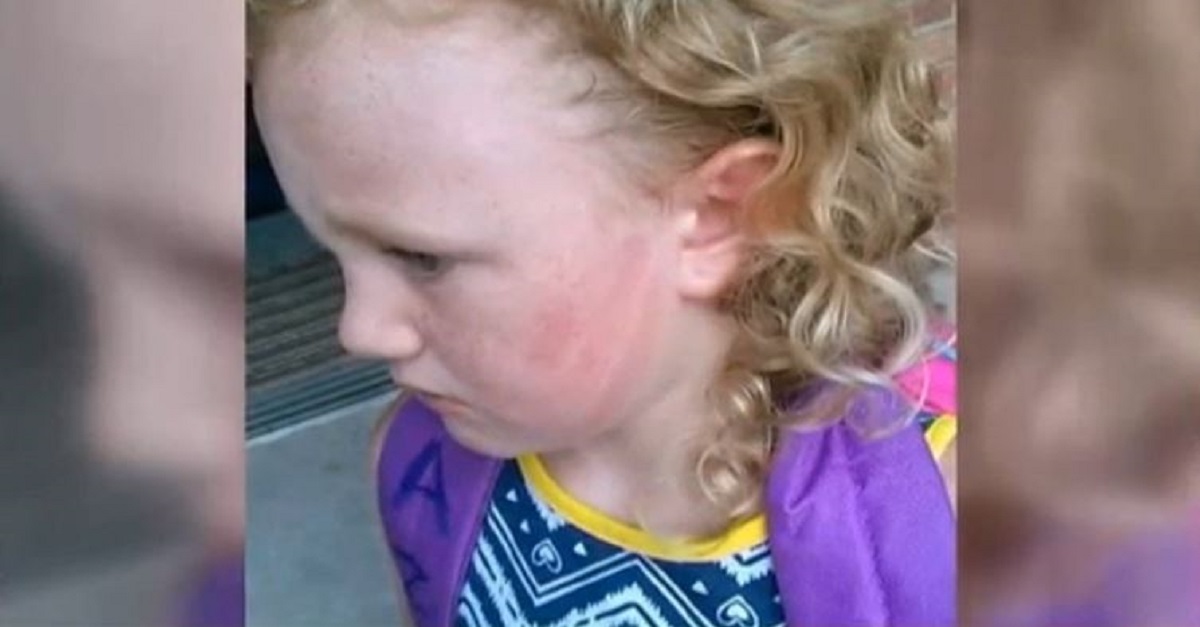