What did this woman have to do with the Las Vegas shooting? 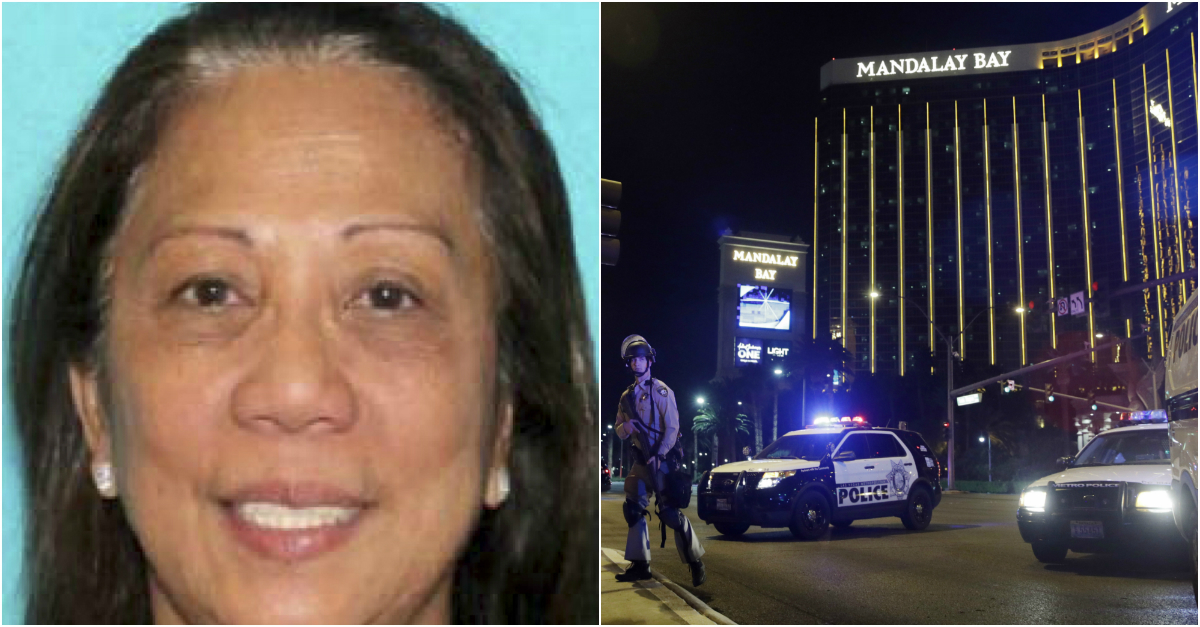 Las Vegas Police say they have “made contact” with Marilou Danley, a 62-year-old woman who had earlier been sought in connection with the mass shooting at the Route 91 Harvest festival.

Las Vegas Sheriff says Marilou Danley has been located outside the country and they believe suspect was utilizing her ID pic.twitter.com/c0o9GeZBEU

Clark County Sheriff Joseph Lombardo said investigators had “located the female person of interest,” whom he described as Asian, 4 feet 11 inches tall and weighing 111 pounds. Police said Paddock used Danley’s ID documents to check into the hotel, which initially led to speculation that she was in the hotel at the time of the attack. A Hyundai Tucson vehicle understood to be owned by Danley was also found by police.

RELATED: The brother of the man suspected of killing more than 50 people in Las Vegas speaks out

“Detectives have made contact with her and do not believe she is involved with the shooting on the strip,” CNN reported the police department as saying. “She is no longer being sought out as a person of interest.”

Danley lived with the shooter Stephen Paddock, in Mesquite, Nev., according to NBC News, but police confirmed that she was out of the country when they made contact with her. Danley is thought to be a “gambling and casino professional” who lived in Reno, Nev. She worked as a hostess for Atlantis Casino between 2010 and 2013, according to her LinkedIn profile, News.com.au reports.