An 87-year-old Florida man took two nurses hostage this morning in his Pompano Beach apartment as they changed shifts, according to WPLG.

Both nurses provided in-home care for the man, who has Alzheimer’s disease. It was unclear what, if any, motive or objective the the man had in taking them hostage.

RELATED: An inmate in the middle of his escape took the warden’s daughter hostage and did the unthinkable

Neighbors called police to resolve the situation. A SWAT team converged on the apartment complex, persuading him to surrender.

The man, who is unnamed at this time, was taken to the hospital for evaluation. It is unclear at this time whether he will face charges. 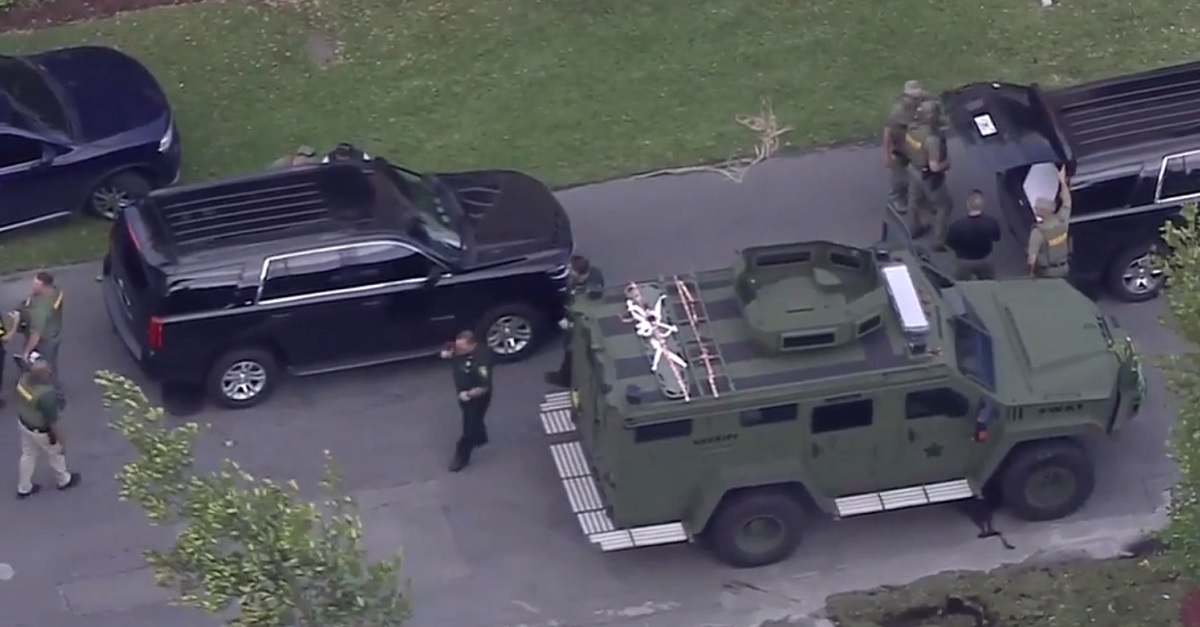