Menu
Follow us
Search
Menu
Search
A truck loaded with chickens passes the Tyson plant, Friday, Nov. 20, 2015, in Springdale, Arkansas. Marshallese can live and work in the U.S. under the terms of an agreement between the countries. And for more than three decades, they have moved in the thousands to the landlocked Ozark Mountains seeking better education, jobs and health care. (AP Photo/Eric Gay)

Judith Moriah Armstrong, 26, is behind bars after purposely crashing her car into another vehicle “because it was a chicken truck and she was a vegan.”

RELATED: Florida teenagers destroy Girl Scout cookie stand over a $20 debt they wanted to be paid in cookies

According to police, she was driving on a Georgia highway when she spotted the chicken truck and decided to run her red sedan into it. The truck driver immediately slammed on his brakes, but Armstrong smashed into him once more before spinning in front of him and cutting him off. As the truck driver pulled over to call 911, Armstrong fled the scene.

At first, authorities only had a physical description of her and her car to go off of, but it was later discovered that she left parts of her car — including her license plate — at the scene. They eventually tracked her down and spoke to her through windows in her home, as she refused to leave the home until the officers obtained a warrant.

After further questioning, police say Armstrong finally admitted that the accident wasn’t an accident after all, saying “she was a vegan and hit the truck due to it being a chicken truck.” In addition, she denied having consumed alcohol prior to the incident, but blew a .089, which is over the legal limit, when tested for alcohol consumption. She is now facing charges of hit-and-run, aggressive driving, driving under the influence and obstruction. 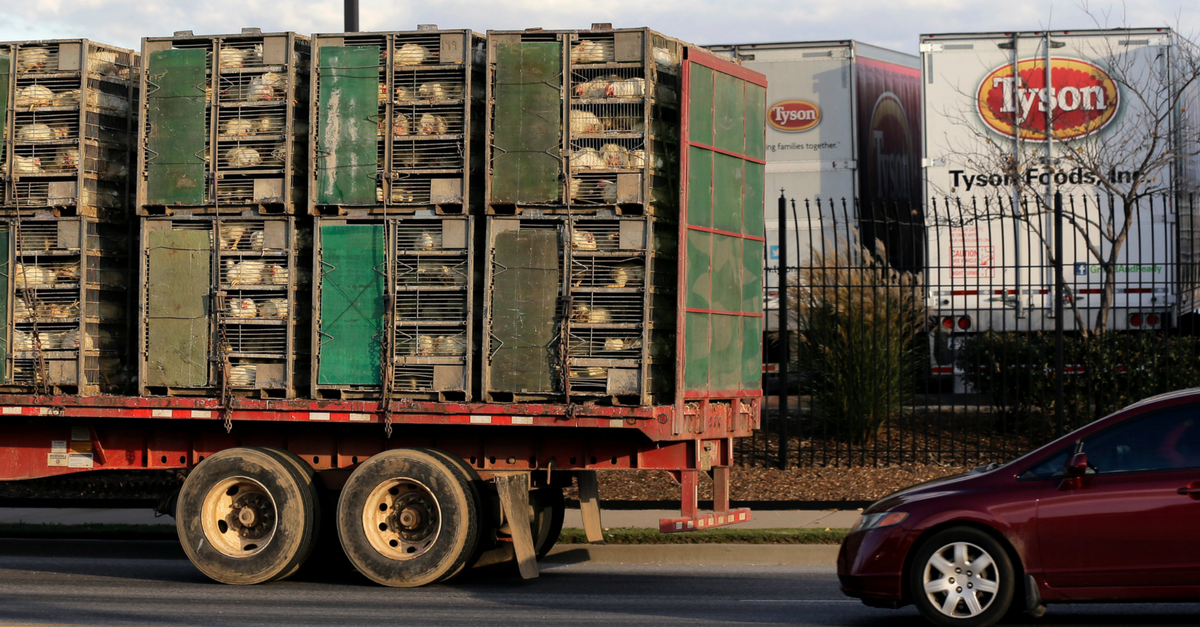