We’re going to guess that this man won’t be invited to a wedding ever again, let alone be given the honor of being included in a wedding-party.

RELATED: A health teacher is under investigation after a student said their relationship was anything but healthy

Having sex with a 15-year-old bridesmaid will do that.

John Young, 29, of Pennsylvania has been sentenced to 11 and a half to 23 months in jail after pleading guilty last week to statutory sexual assault and corruption of minors.

It was discovered that Young had sex with a 15-year-old bridesmaid he was paired with at a Sept. 2016 wedding. The teen was actually a relative of the groom.

The story goes that Young plied the girl with drinks at the wedding reception, that he kissed and touched her and that they had sex later that night at the hotel.

The groom found out about what Young did — how we do not know — confronted him about it and then called the cops.

It’s not clear if they were buddies.

RELATED: A New Jersey substitute teacher allegedly took a middle-school student to her car for sex

Young is going to pay the price, getting a sentence of just under a year or just under two years of time behind bars. 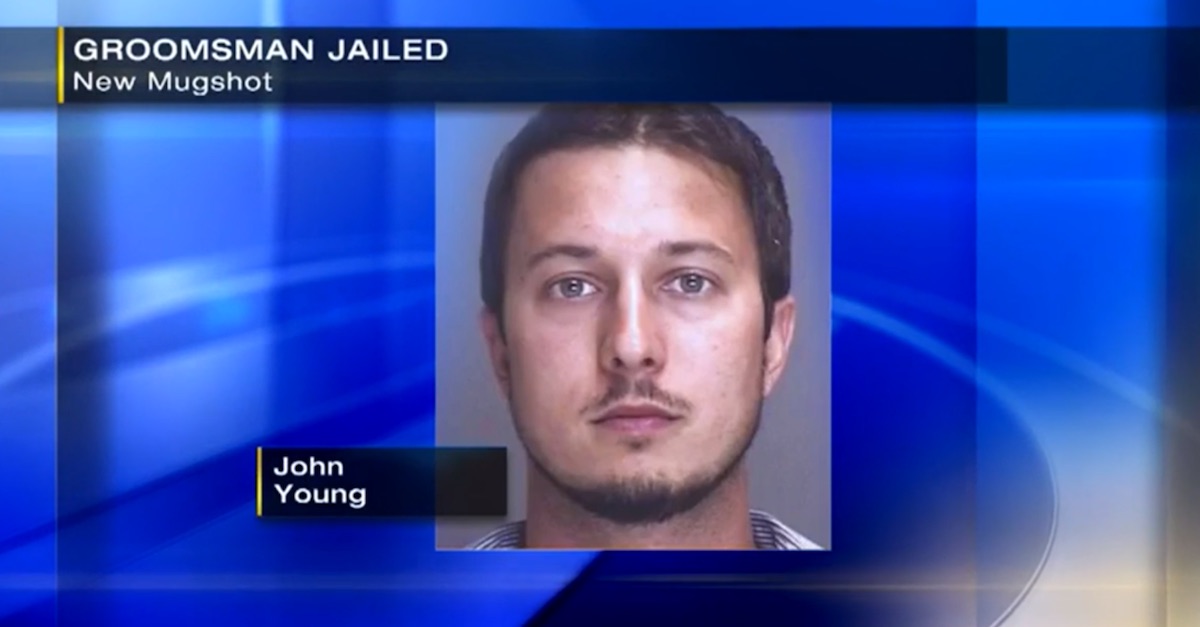