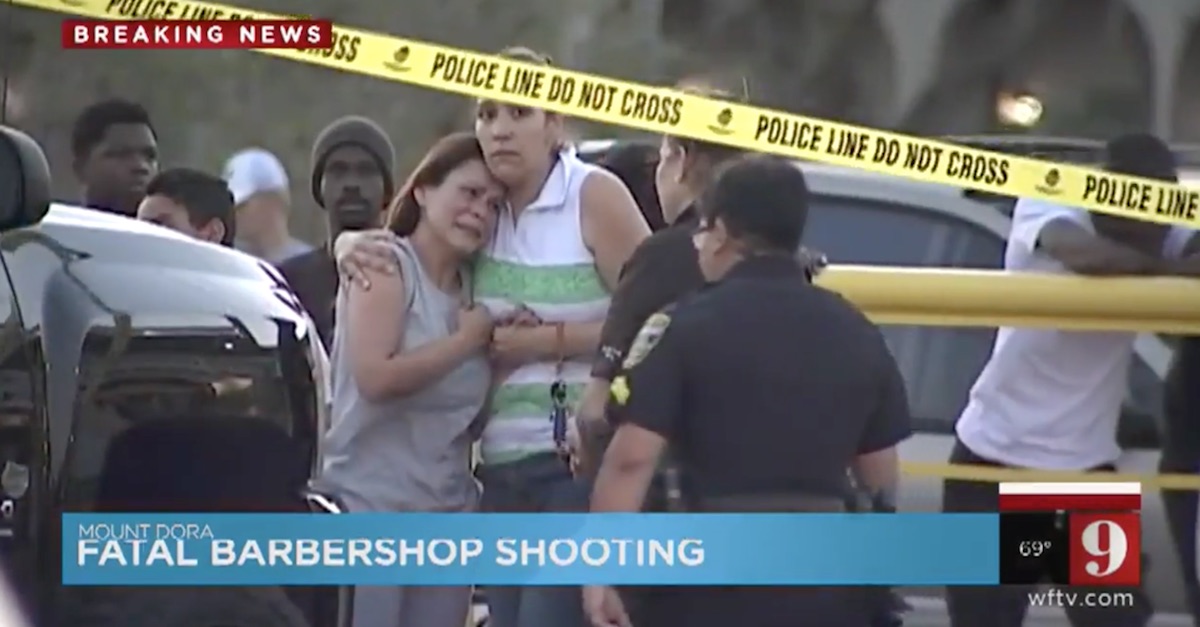 The owner of a Mount Dora barbershop was killed Friday after refusing to cut a customer’s hair for $2, witnesses said.

According to witnesses, the shooter came into the shop earlier in the day asking for a $2 haircut.

When the victim, Wifredo Nieves, refused, the man left but later returned armed with a gun.

After shooting the barber, the gunman was seriously injured by someone inside the barbershop, witnesses said.

A weapon was recovered at the scene, Garcia said.

Longtime customer, Mark Turner, was driving by the barbershop with Nicole Russell, and when they saw the flashing police lights they stopped to find out what happened.

He couldn’t believe that someone would shoot the owner of the shop over the price of a haircut.

“Just for somebody to kill a man behind $2, I think it’s sad,” Turner said. “And whoever did this needs to be brought down and carried to the jail immediately.”

RELATED: Police: A grandma was beheaded by her son’s ex-girlfriend while visiting with her grandson

The barbershop owner was pronounced dead at the scene, Garcia said.