Bradley Barefoot of Port Orange, Florida, is no stranger to forklift crimes.

When an officer caught up to him, Barefoot said that he saw the keys in the ignition of a forklift and stole it because he was tired of walking, reports Click Orlando. But, before telling the truth, Barefoot argued that he believed the forklift to be stolen initially from his employer in Alabama.

“There was a male parked in a handicap spot with a piece of heavy equipment that had a mattress on it. The male was barefoot, talking to himself while swearing and throwing his hands up,” recalled the officer.

RELATED: Police moved fast when one of their deputies posted something pretty terrible on Snapchat

Records show that Barefoot previously stole a forklift parked behind a Best Buy in April 2016. Barefoot used the forklift to move boxes and then drive through a Bob Evans parking lot.

As Click Orlando notes, this isn’t the first time a Florida man stole a forklift because he was in need of a ride. Forty-four-year-old Edward Quinton used the same excuse after a night of heavy drinking.

Barefoot was arrested and charged with grand theft. 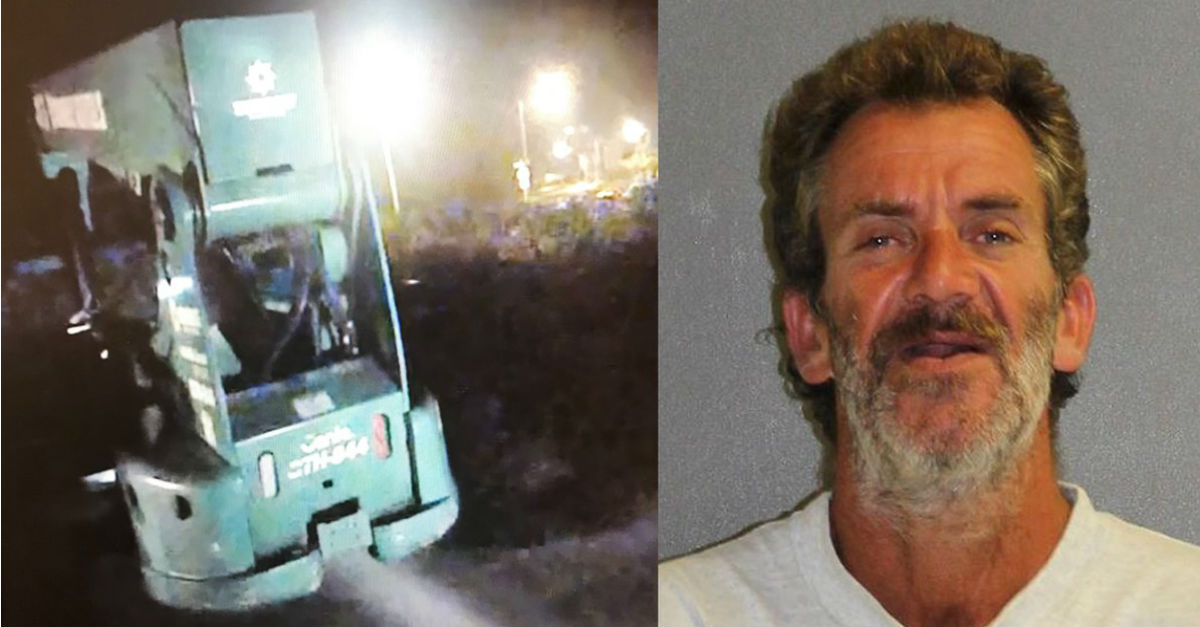