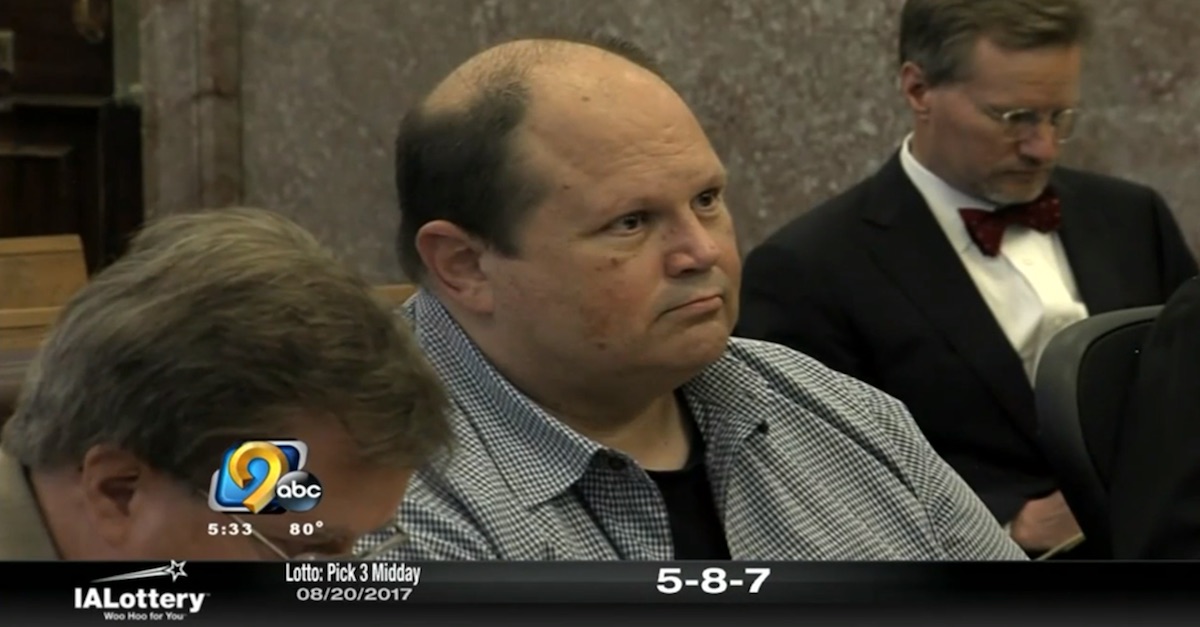 Luck has run out for a former computer programmer at the Multi-State Lottery Association in Iowa, who had previously fooled everyone into thinking he was a man of integrity.

RELATED: A California man says he?s suing because his $5 million lottery prize hasn?t been paid out for this reason

Eddie Tipton, 54, rigged lotteries in multiple states for years while part of a team that was trusted to build computers used to pick lottery numbers “randomly” and ensure everything was legitimate.

Tipton installed software that enabled him to rig lotteries in five states to the tune of $2 million. The first jackpot fixing happened in Colorado back in 2005 and it wasn’t until 2015 that Tipton was arrested.

In between 2005 and 2015, Tipton was able to fix six lotteries and get promoted at the same time. As recently as 2013, no one suspected wrongdoing. That’s when Tipton was rewarded with a head of information security position.

According to the Associated Press, Tipton got multiple people to buy tickets for numbers he randomly generated. These people included his brother Tommy Tipton, who was a former Texas judge, a Texas businessman named Robert Rhodes and more.

Tipton pleaded guilty in June to conspiracy to commit theft by deception and will be sentenced on Tuesday. While his defense team is arguing that he should get no more than four years behind bars, Tipton could face a maximum penalty of 25 years to deter anyone from following his example.

?The depth of his deceit is dumbfounding,? Iowa Assistant Attorney General Rob Sand said explained why the prosecution is seeking such a lengthy penalty. ?Such crimes cannot be answered without a prison sentence.?

It is worth noting that he has been cooperative since, detailing how he pulled off these serial riggings.

Eddie Tipton?s attorney, Dean Stowers, said in court documents that Tipton was bullied by Iowa Assistant Attorney General Rob Sand into a plea agreement that requires him to repay the full $2 million in ill-gotten winnings to the four states but claims that Tipton personally only ended up with no more than $351,000.

RELATED: A woman?s lottery lesson to her husband didn?t exactly go as planned when she won a major jackpot

Tipton was caught after buying a winning ticket for a Hot Lotto ticket in Iowa in December 2010, even though he was prohibited from playing the lottery. He asked Rhodes to help him collect the jackpot, which was worth $14 million after taxes. Rhodes recruited others to attempt to anonymously redeem the ticket, but Iowa won?t pay jackpots without proof of who bought the ticket ? a policy Sand credits with uncovering Tipton?s multi-state lottery rigging scheme.