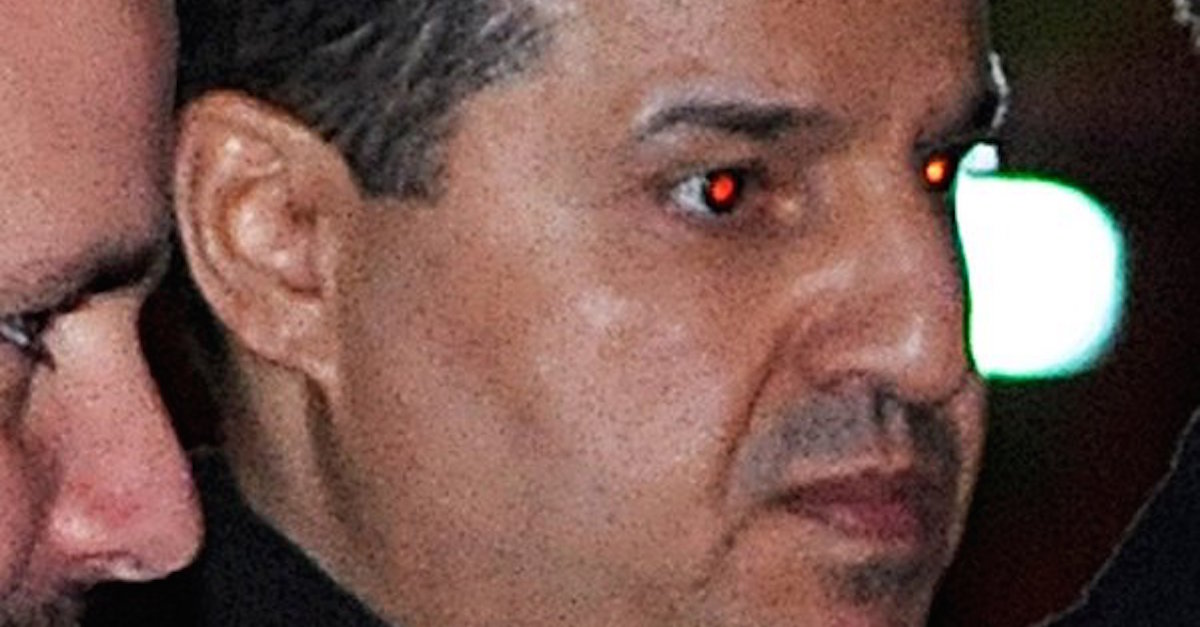 There are explanations and then there’s British millionaire property developer Ehsan Abdulaziz’s explanation of the night that resulted in a rape accusation.

The 46-year-old man stands accused of forcing himself on an 18-year-old woman he met at a nightclub on August 7, 2014. Mirror Online reports that Abdulaziz told detectives “she’ll have to prove it” after the woman called the cops.

Now for Abdulaziz’s laughable explanation to the prosecution: “He said that he did fall on to her and his penis may have penetrated her vagina.”

The alleged incident occurred after the man offered to give the woman and her friend a ride to his home. They apparently accepted and he invited them in for a drink.

Millionaire Ehsan Abdulaziz accused of rape of 18 yr old said he fell on her on the sofa & it happened by accident. pic.twitter.com/bVEcFiYIsS

The accuser says she woke up hours later to find Abdulaziz having sex with her.

“She woke up with the defendant kissing her and his penis in her vagina, she was wearing shorts and he had pulled them to one side,” Prosecutor Jonathan Davies said. “She said, ‘What are you doing?’ he said ‘It’s fine’ indicating that her friend was asleep.”

She ran and notified police.

Abdulaziz maintained his innocence and initially claimed the woman put his hand between her legs. After DNA was recovered from the accused, the story changed.

“[The DNA discovery] caused him to be re-interviewed in May this year and he was confronted with that finding,” Davies explained, according to the Telegraph. “On this occasion he said after he had sex with the complainant’s friend his penis was still erect and he had semen on his hands when he went into the living room.”

“He said in the second interview she pushed his hands down on to her vagina. He said that he did fall onto her and his penis may have penetrated her vagina. You may consider, members of the jury, him changing the account he was giving,” Davies added.