Menu
Follow us
Search
Menu
Search
SAN ANSELMO, CA - MAY 09: The Facebook website is displayed on a laptop computer on May 9, 2011 in San Anselmo, California. An investigation by The Pew Research Center found that Facebook has become a player in the news industry as the popular social media site is driving an increasing amount of traffic to news web sites. (Photo Illustration by Justin Sullivan/Getty Images); Facebook/Kelly-Marie Carberry

One mom was determined to protect her young daughter from an online predator.

Kelly Carberry of Preston, England shared screenshots of the disturbing messages a creep, who goes by Jess Smith on Facebook, sent to her 13-year-old daughter:

RELATED: People were shocked when they noticed racist tweets being posted on a Florida school district’s Twitter page

Pretending to be her daughter, Carberry engaged him in conversation. Smith asked if the young teen liked “games” and attempted to convince her to follow his sexually explicit demands.

Carberry quickly informed him of her real identity, calling him a “dirty little paedophile” and a “dirty bastard.” 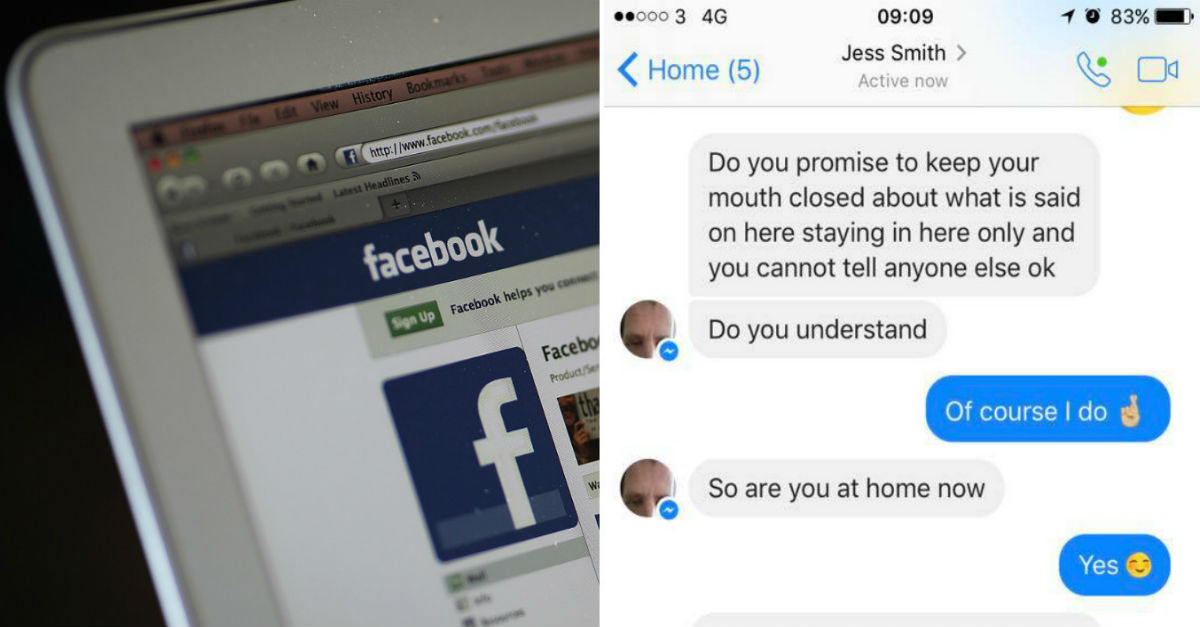