Sarah Gable, a Pennsylvania daycare worker, has been arrested and fired from her job after pushing a child down a flight of steps. Newly placed surveillance cameras at the Child Care of the Future daycare center captured her shoving the 4-year-old girl down the steps for no apparent reason.

RELATED: After a hockey player clocked a fan in the stands with his stick, the team issued this bizarre non-apology

In the video, Gable looks up at the camera after pushing the girl, realizing that she’s being recorded. She then takes the girl by the hand and leads her down the remaining steps. Shawayne Tavares, a manager at the center, says she witnessed the incident unfold via the surveillance video in real time.

“I was so upset. I had tears in my eyes. She picked up the shoe and tried to come to the end of the stairs like, ‘Oh, it was her shoe'” that caused her to fall,” Tavares said. “I’m like, ‘It’s not her shoe. I just watched you on camera do it.’ Her eyes literally were like, ‘help me.’ She needs to go to jail for that. You don’t put your hands on a child. Point blank.”

“Apparently for no reason she takes this child and just throws her down a set of steps,” Upper Darby Police Superintendent Michael Chitwood confirmed.

Gable was immediately confronted by other workers who called the police. The young girl suffered a minor knee injury as a result of the fall, but returned to the facility on Monday. Gable, however, is currently out on bail and is facing charges of simple assault, harassment and endangering the welfare of a child. Police say she will also likely be charged with reckless endangerment.

RELATED: Watch the insane moment a man vaults over four lanes of Highway 60 on a dirtbike 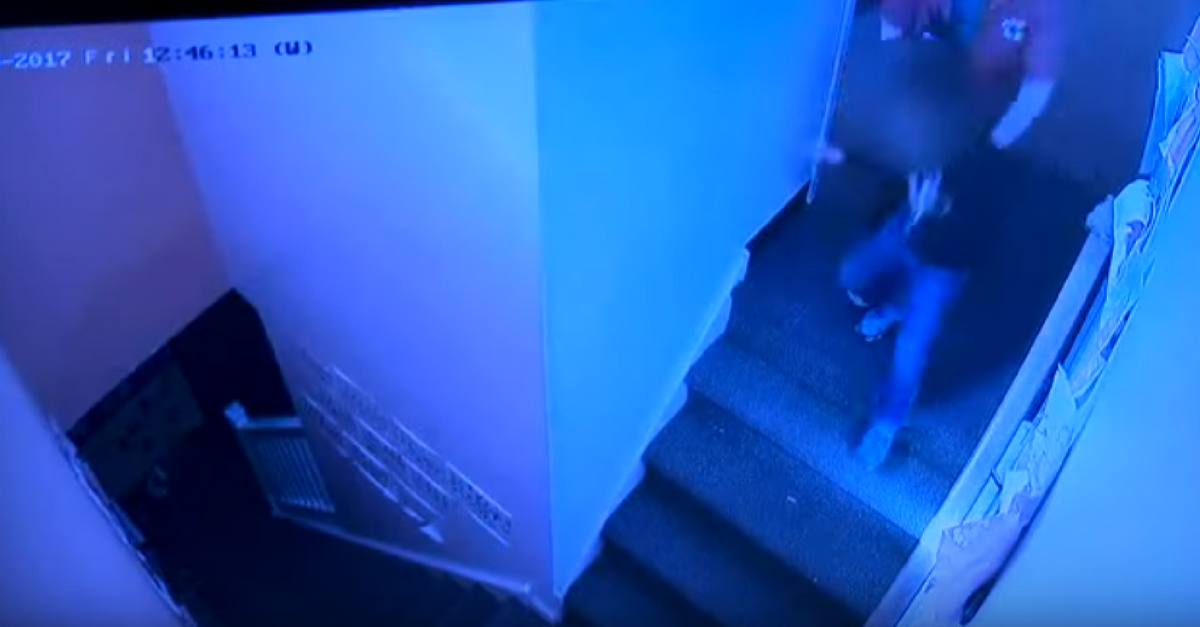