UPDATE: After Sen. John McCain’s (R-Ariz.) surgery on Friday, lab tests confirmed that he has glioblastoma, an aggressive tumor that typically forms in the brain and spinal cord. Even after his cancer diagnosis, McCain promises to return to Congress soon. Since news of his diagnosis broke, the senator has been flooded with well wishes from friends and colleagues, including legislators on both sides of the political aisle.

Sen. John McCain (R-Ariz.) is still recovering from surgery on Friday that removed “a blood clot from above his left eye,” and now eyebrows are raising at one Republican official’s less than professional response.

“I sincerely, genuinely hope that Arizona Senator John McCain’s heart stops beating, and that he is subsequently declared dead by qualified medical professionals very soon,” she writes in the article.

RELATED: New poll shows that Republicans and Democrats seem to be uniting over President Trump’s Twitter use

Diana Orrock, a Republican national committeewoman in Nevada, shared the tweet to Johnstone’s article in a now-deleted tweet of her own:

“Amen,” she wrote in clear agreement.

RELATED: Kathy Griffin just dove head first back into politics by mocking Trump’s lawyer at her own expense

Orrock’s Twitter is quite supportive of President Trump. It even includes a cover photo of a lion that says “America FIRST, Nationalists, Donald Trump.”

Trump has had his own complicated history with the Arizona senator, once sparking outrage when Trump criticized McCain for being a prisoner of war in the Vietnam War. Trump, on the other hand, avoided the draft with five deferments, including one after his doctor determined he had (treatable) heel spurs. 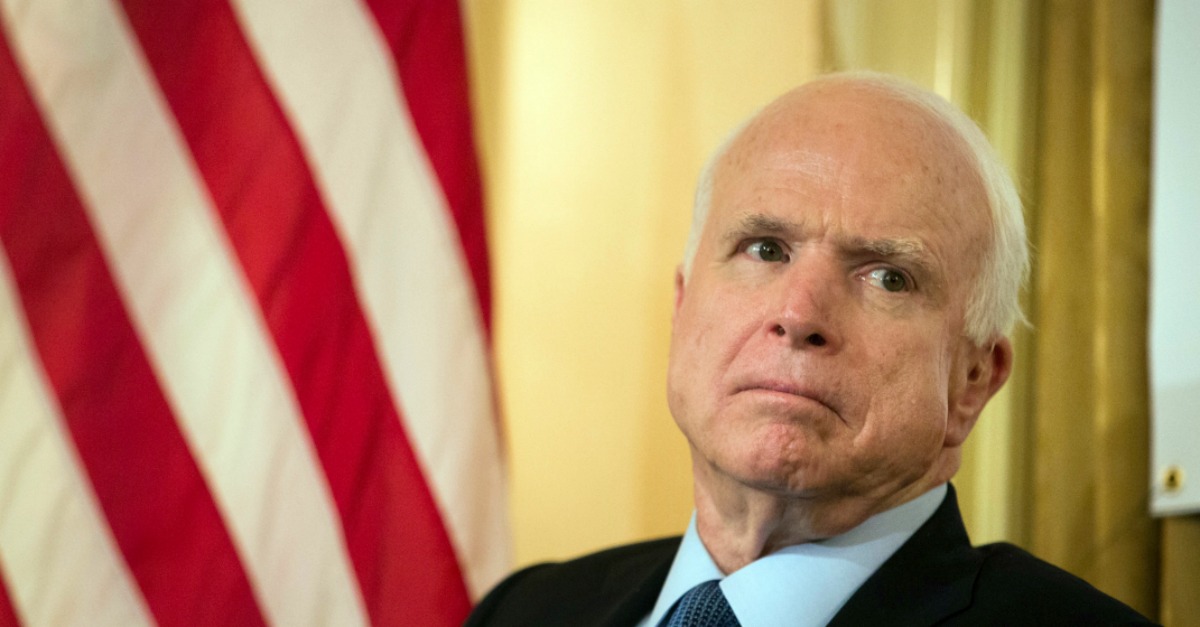