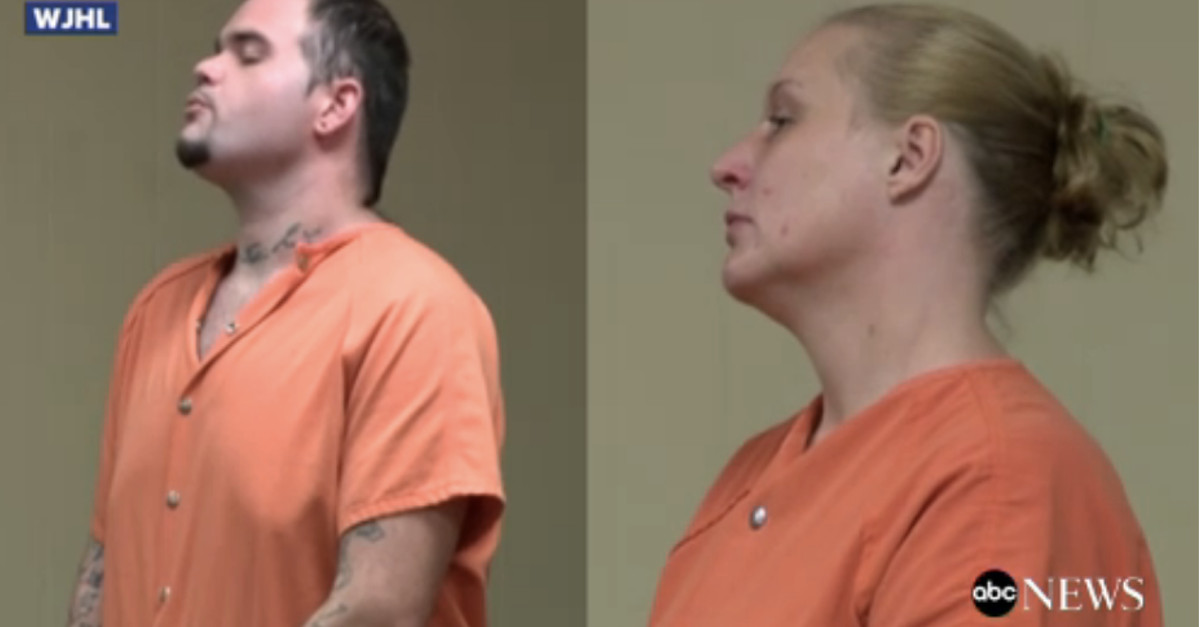 Anyone can sell just about anything on Craigslist. A baby is not one of them.

A couple from Tennessee is now in custody after they attempted to sell their 5-month-old on the website for $5,000. John David Cain, 26, and Deanna Lynn Greer, 37, actually placed ad on Craigslist offering up their infant, an ABC News affiliate reported on Saturday, citing the Greene County Sheriff?s Office. They were charged with aggravated child abuse and aggravated child neglect or endangerment.

RELATED: Massachusetts father will learn his fate after making his baby part of the crime

They couple was nabbed by state agents during a sting operation that ended Friday when Cain and Greer exchanged the baby with the state agents.

Court date has been set for both individuals. More details to come on WATE. https://t.co/bYI0wm1Aaw

The baby-selling couple were arrested immediately and taken into custody at the Greene County Jail in Greeneville, Tenn., according to the report. They are both being held on a $150,000 bond and are scheduled to appear in court during the first week of April.

The baby is currently in state custody, according to WATE. It was not immediately clear if the couple had legal representation.