Two women from Concord, N.H., are behind bars, after one of them, who was in labor, allegedly asked the other to give her heroin and methamphetamine and received it.

RELATED: An officer heard her groaning in a 7-Eleven bathroom and knocked on the door to find an empty syringe left behind

Felicia Farruggia, 29, of Concord, and Rhianna Frenette, 37, have both been charged with felony reckless conduct, while Frenette faces the additional charge of misdemeanor reckless conduct, the Union-Leader reported.

Police say that Farruggia was in “full labor and giving birth to a baby boy” and that she refused to call 911 to go to the hospital until she used drugs, CBS Boston reported.

Frenette, police say, “attempted to inject Farruggia with an unsanitary syringe at least once before she successfully delivered a dose of the drug.”

By the time EMTs got to the residence, Farruggia was giving birth. Both Farruggia and the baby boy were transported to the hospital and were there for days.

The child is now at the hospital and is in state custody. His condition is not immediately clear.

As for Frenette, she allegedly explained to police that she administered the injection because “[She’s] a people pleaser.”

RELATED: Ohio parents are in a world of trouble after their 8-year-old son was found with heroin in his system

Farruggia, WHIO reported, screamed, “I can’t do this” when experiencing contractions. She claimed Frenette had heroin and told her “it would take the edge off.”

“This case is just, honestly, absolutely appalling in my mind,” Lieutenant Sean Ford said. “No one died, but the risk to that child and to the mother […] This stuff is just getting out of control.”

The two are being held in lieu of cash bail. 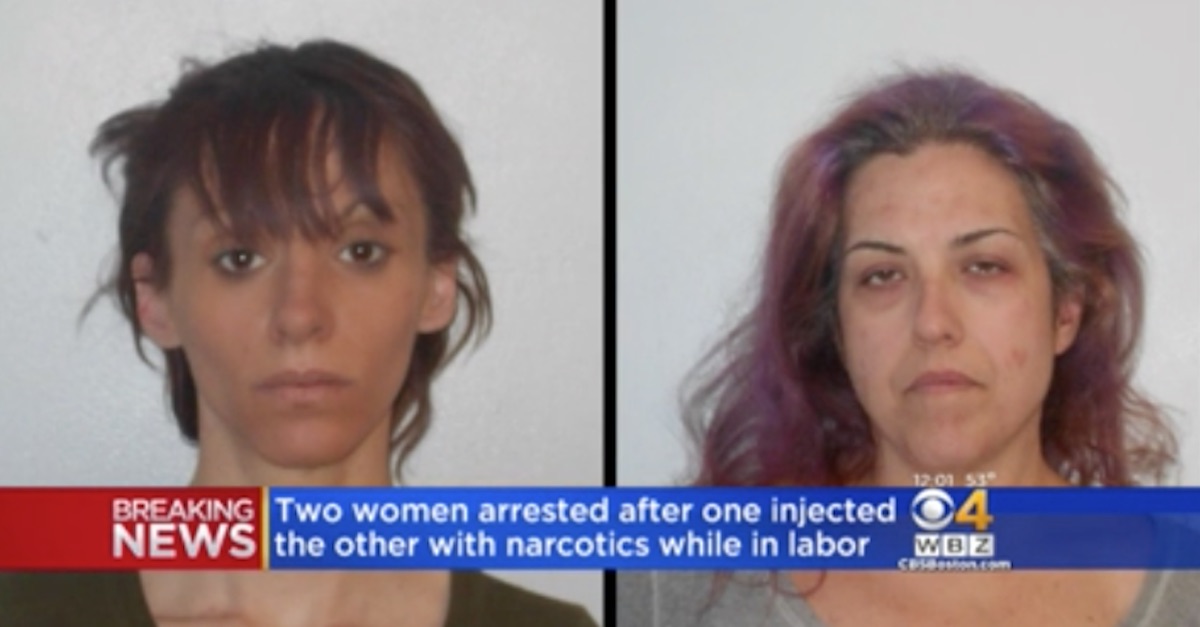