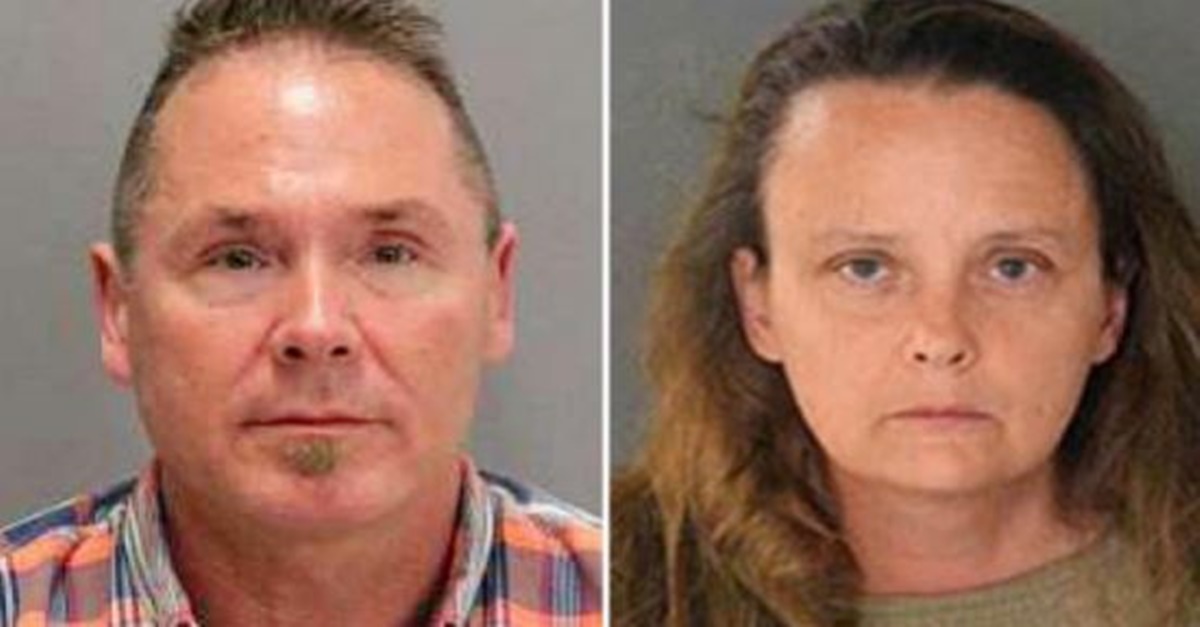 A 56-year-old man on a Southwest Airlines flight was spotted by the passenger seated behind him texting in large font about molesting children.

The woman alerted the flight crew, and then, authorities were led to the man, Michael Kellar, and his partner. They were arrested when the flight from Seattle landed at Mineta San Jose International Airport, according to NBC Bay Area.

The woman was able to read the man’s texts and photographed them for proof. Kellar was detained by the police department’s Internet Crimes Against Children Task Force. Agents with the San Francisco division of the FBI also responded.

“The conversations were very particular in regards to sex acts that were to be performed on … children,” San Jose police Sgt. Brian Spears said of the “disturbing” text messages. “Some of the sex acts talked about not only molesting children but performing bestiality.”

Police discovered the person Kellar was sending the illicit texts to, a Tacoma woman, Gail Burnworth, 50, was arrested by a Seattle-based Internet Crimes Against Children Task Force and FBI division.

Investigators also located two children, ages 5 and 7, who were identified as victims and placed in protective custody. Spears told NBC Bay Area that Burnworth was a childcare provider for the two kids and was involved in “some type of dating relationship.”

The woman who spotted Kellar’s texts was an “early child educator,” said Spears, who called her a hero.

RELATED: A PA teacher molested two of her female students, and now the courts have decided her fate

“In my eyes, she is our hero,” he said because she prevented a “catastrophic” and “horrific” event, which had already been planned. “If it wasn’t for that young lady’s actions, another sexual assault would have occurred.”

Burnworth was booked into the Pierce County Jail in Washington state for felony sexual exploitation of a minor, felony rape of a child in the first degree and felony dealing in depictions of a minor engaged in sexually explicit conduct.