A Florida couple who apparently couldn’t get a room were having sex in public at 3 a.m. when a police officer says he showed up and broke up their love party.

Tabatha Lehman, 45, and Craig Schultheis, 46, apparently weren’t very happy about being interrupted at such an intimate moment — even if they were doing it outside a closed business in Largo, not far from Tampa.

Officer Logan Ward, who reportedly spotted the couple in the act and stopped them before the main event, said both defendants were “naked from the waist down, performing sexual activities on each other.”

According to The Smoking Gun, Logan also noted in his police report that Schultheis kept telling him that he was “just trying to get a piece of ass.” As for his partner in crime, Lehman told the officer that she was “getting her p***y eaten out.”

RELATED: A neurosurgeon and two nurses are facing charges for child sexual abuse, and the prosecution alleges that they were planning something even more disturbing

Despite their protestations, the alleged exhibitionists were arrested for exposure of sexual organs, a misdemeanor.

After spending about nine hours in custody, the two lovebirds were released from jail. 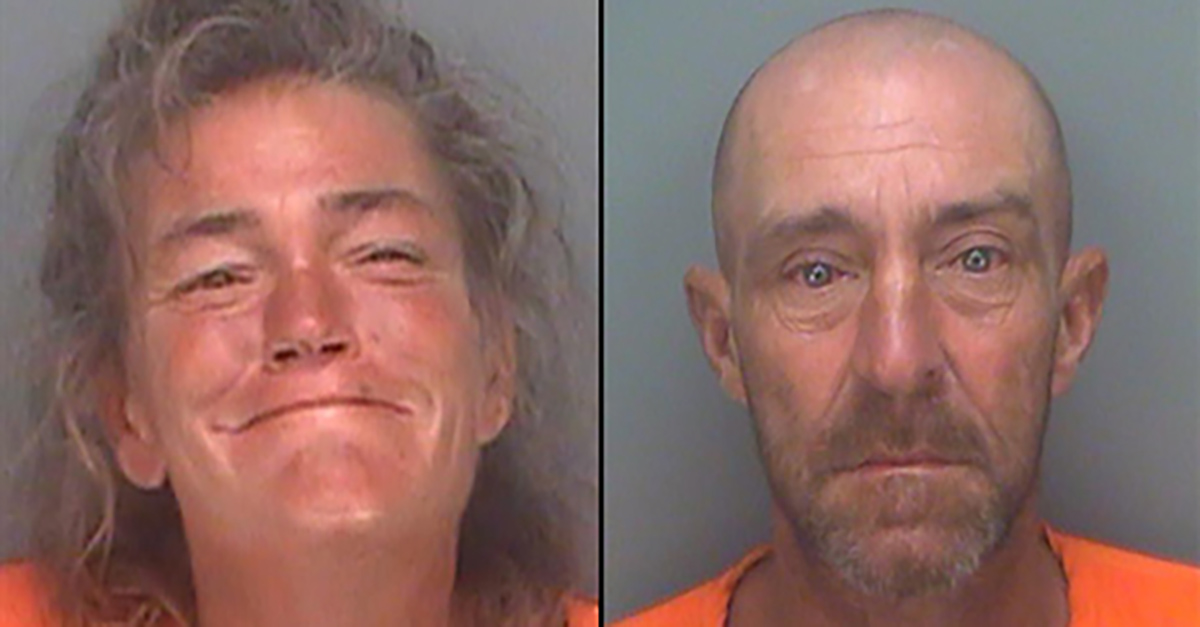