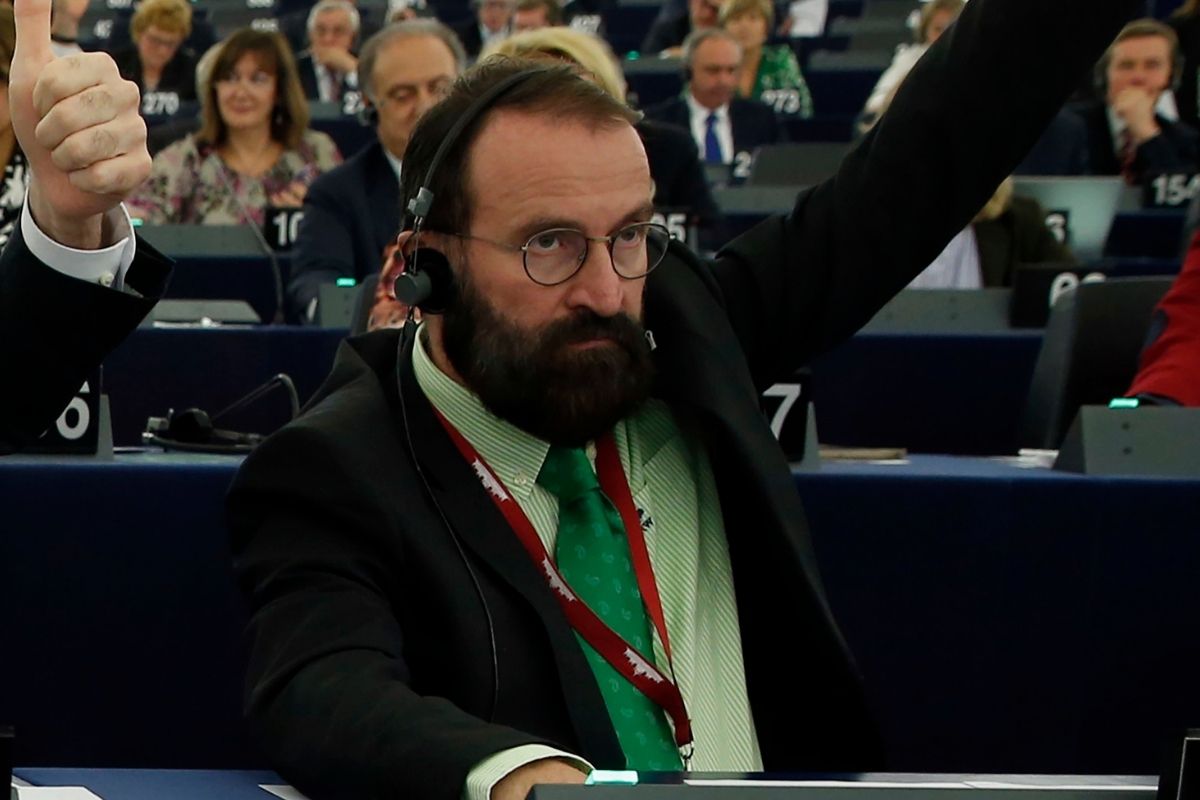 Szajer is a 59-year-old MEP (member of the European Parliament) who represented Hungarian Prime Minister Viktor Orban’s Fidesz ruling party. The Fidesz party stands to protect Christian family values, standing against liberal political culture that celebrates the LGBTQ communities and protecting the “illiberal” Christian political community. According to the Belgian media newspaper HLN, Belgian police discovered a sex party above a café near Grand Place in Brussel’s historical center with 25 men in attendance.

The private party in Belgium was busted for breaking COVID restrictions and lockdown rules that had been placed throughout all of Europe. The public prosecutor’s office in Brussels explained that among those in attendance, they found drugs on those trying desperately to escape. Szajer offered to take an on-the-spot drug test to prove that the single ecstasy pill Brussels police found near him wasn’t his. Szajer then claimed diplomatic immunity since he didn’t have identification on his person at the time, and he was given an official verbal warning before getting escorted back to his home.

Szajer resigned from his position as a politician, saying in a statement, “I deeply regret violating the COVID restrictions ? it was irresponsible on my part. I am ready to pay the fine that occurs. With my resignation on Sunday, I drew the political and personal consequences. I apologize to my family, to my colleagues, to my voters. I ask them to evaluate my misstep against a background of 30 years of devoted and hard work. The misstep is strictly personal. I am the one who owns responsibility for it.?

Two other unidentified diplomats were also in attendance of the Brussels sex party, but in not only breaching what the Fidesz political party stands for, but the party also violated the four-person gathering limit and the 10 PM to 6 AM curfew set in Belgium.

Szajer also has a wife and a daughter. Nevertheless, the Fidesz-KDNP delegation to the European Parliament stated a thank you to Szajer “for playing a crucial role in enabling Hungarian civic conservatism and Christian democracy to take their rightful place on the European political scene.”

My biggest issue with this hilariously ironic situation is the lack of consistency. Everyone is entitled to what they believe in and to stand for it, but don’t be that guy who stands against LGBT communities only to be found in a party in the middle of a pandemic around 25 other naked men. Much less, represent a party that is known to also have similar scandals that go against everything you’re supposed to represent.