Menu
Follow us
Search
Menu
Search
Couple arrested for bringing 2-year-old son along with them to a home robbery. (Twitter/Ann-Mari Maukonen‏)

On Saturday, police say a couple from New York decided to bring the woman’s 2-year-old son along with them to a home robbery, leaving him in the getaway car.

RELATED: A woman giving birth made an unthinkable drug request that’s as sad and sick as it gets

Police say they received a disturbance call early that morning and arrived at the Town of Crawford home of a 24-year-old man to find a gray 2016 Acura MDX leaving the area. A neighbor soon informed them that the Acura was involved in the break-in. When police pulled the car over, they found 38-year-old David Morris, 21-year-old Alyssa Brown and Brown’s toddler son inside.

They were both sent to jail to await their court dates and were assigned lofty bails in the meantime. Brown’s child is currently in the custody of the Department of Child Services.

RELATED: A middle school dean allegedly planned a revenge attack on a student she thought injured her son 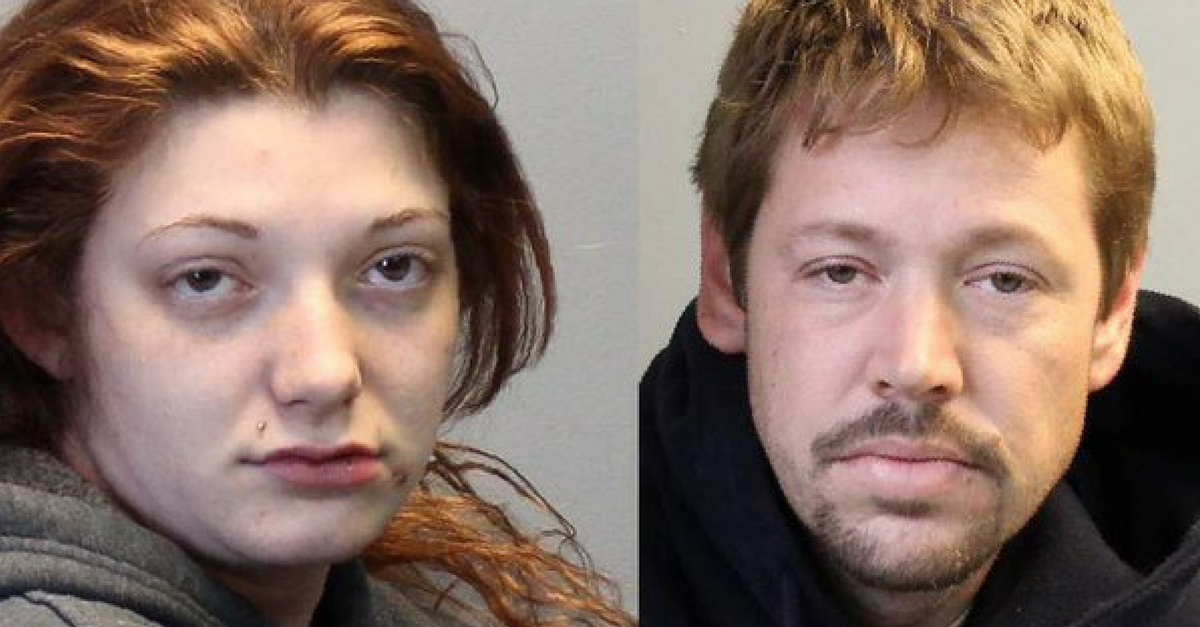