Arkansas mother Jennifer Denen, 30, and her live-in boyfriend Clarence Reed, 47,  stand accused of endangering the welfare of a child after a police noticed evidence of physical abuse on a 4-year-old girl, which was most sadly displayed when the child told authorities her name was “idiot.”

The couple from Hot Springs face abuse charges for allegedly zip-tying the 4-year-old girl to her bed as punishment.

Hot Springs police arrested the girl’s mother and the woman’s boyfriend last week on suspicion of domestic battery, permitting the abuse of a minor and endangering the welfare of a minor. A police report says officers were summoned to the Cooper-Anthony Mercy Child Advocacy Center after workers there determined the child had been abused.

A police report says the girl had bruises, a black eye, scars and ligature marks on her wrists.

RELATED: Buckle up because this is one of the worst and weirdest child abuse stories you’ll ever read

A neighbor who knew this family said that her daughter used to go over and play with the abused girl and one day she didn’t want to any more.

“We looked at the charges and we were like WOW!” she told KARK. “We didn’t know why [our girl didn’t want to go there]. We stayed to ourselves and they stayed to themselves.”

“Makes me mad. Not every woman can have a baby […] if you have a child, it’s a blessing,” she added.

RELATED: Arizona police are calling this “one of the most horrific cases” of child abuse they’ve ever seen

Police said that the girl said that her name was “idiot” when child services spoke with her.

The child has been taken into protective custody.

Her mother and the boyfriend are both being held at Garland County Jail on $500,000 bond. 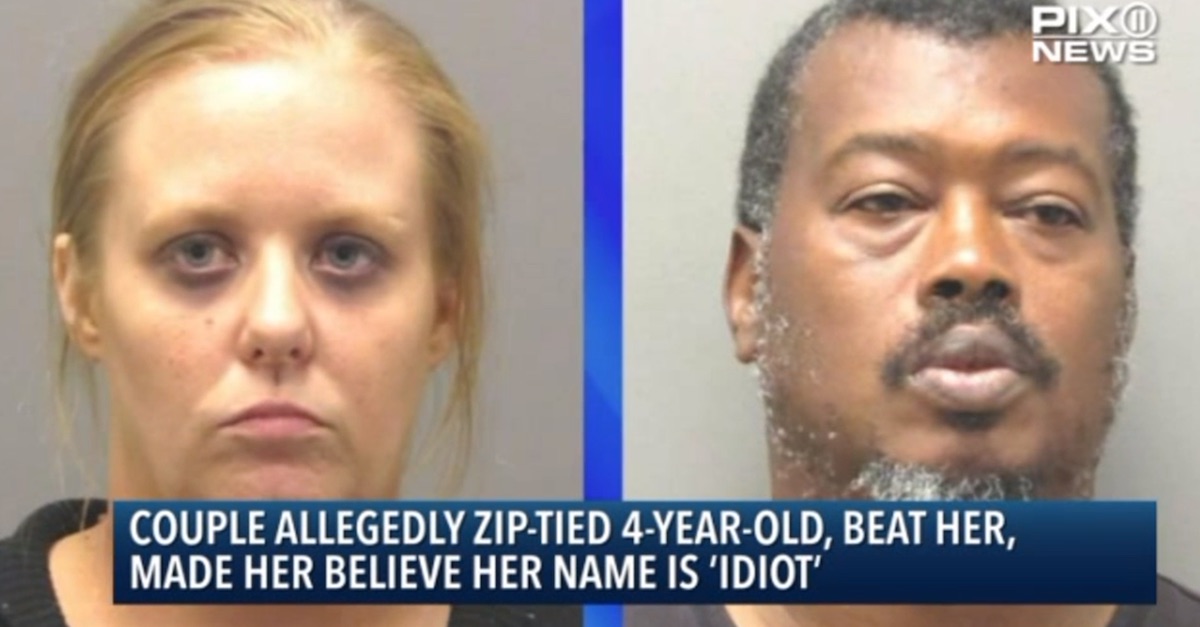