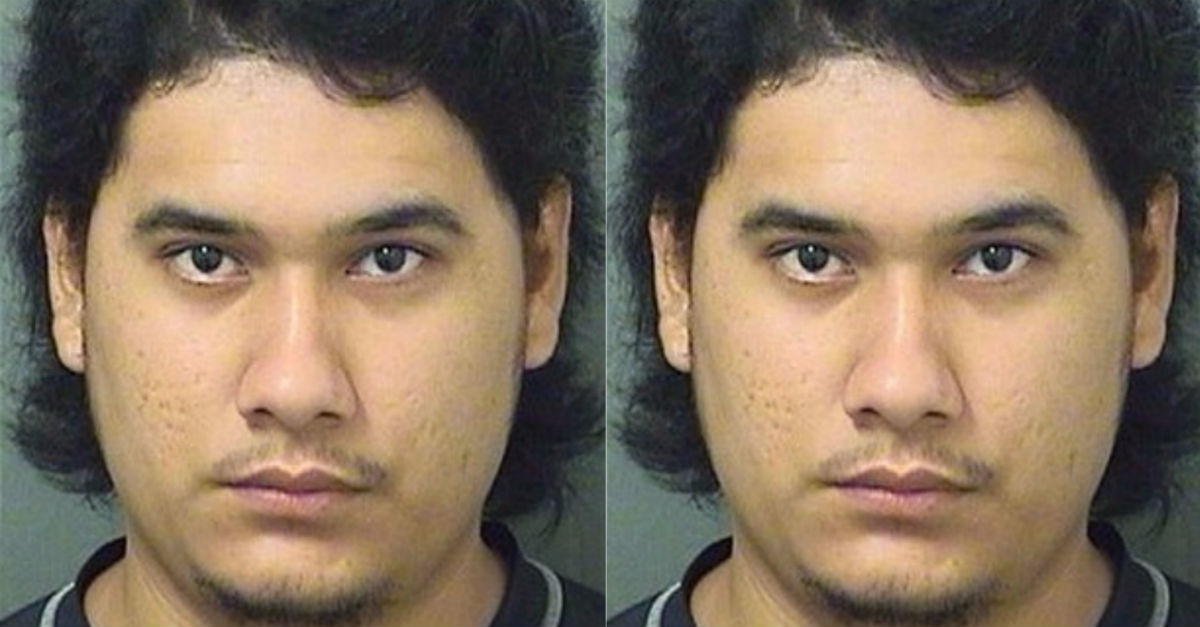 Cristian Murcia Araujo, 22, of Loxahatchee, Fla. quickly admitted his wrongdoing when he was arrested for sending nude photos and inappropriate text messages to an 11-year-old.

WPTV reports that Araujo reached out to the young girl. He asked for a full-body picture and wanted to know if she was dating anyone. That’s when the girl replied “No, don’t you know I am 11 years old and you have a girlfriend.” Araujo then responded by sending her a picture of his genitals as well as a picture of himself wearing clothes.

RELATED: An alert airline passenger’s eagle eye has put this texting sexual predator in the hands of the law

The victim told her story to the Palm Beach Sheriff’s Office (PBSO), who then arrested Araujo and charged him with “one count of solicitation of a child, one count of misuse of a two-way communication device, and one count of transmission of material harmful to a minor.”

Araujo initially tried to argue that the girl asked for the picture. When asked by the girl’s mother why he would send the picture, Araujo replied, “Because I’m an idiot.”