A Florida couple was arrested over the weekend for allegedly having Four Loko-fueled sex on the beach in front of several families. Police said Jeffrey Kernan, 50, was performing oral sex on his girlfriend Alexandria Rowell, 26, according to The Smoking Gun.

“This was in front of families and children,” police indicated in the arrest affidavit.

RELATED: A couple is arrested after scoring in a romp on the rough at a South Carolina golf course

Interestingly, despite the officer interrupting their public romp, neither Kernan nor Rowell were arrested for indecent exposure. Instead, they were both arrested on a misdemeanor charge for possession of an open container of alcohol after police located an open, 16-ounce can of Four Loko in their possession.

Kernan and Rowell were both booked into jail, and Kernan was released after posting his $250 bail. Rowell, however, reportedly remains in custody.

There was an “indication of alcohol influence” in regard to both suspects, according to the arrest affidavits.

RELATED: Police are still on the hunt for a woman they say was doling out oral sex in the middle of McDonald’s 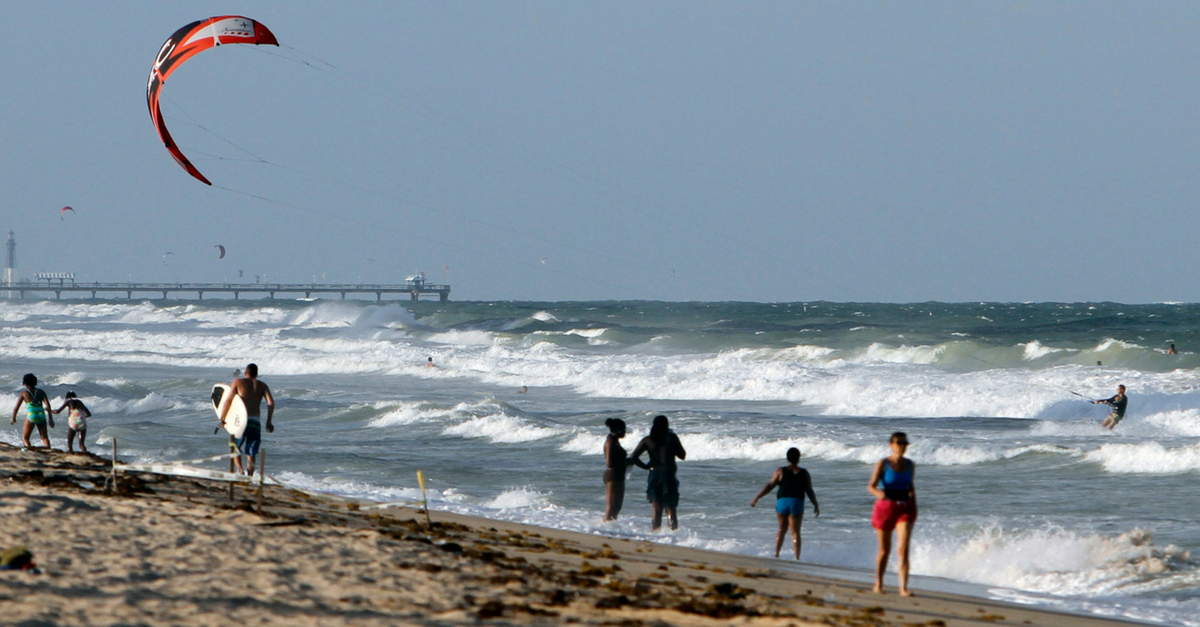